A crew of recent college grads found a career path off the beaten path. In fact, most days they were in a national park quite literally making the path themselves.

If you were at Mesa Verde National Park or Great Sand Dunes National Park & Preserve in the summer of 2021, you may have passed the crew without knowing it. They aren't immediately recognizable by the khaki or green campaign hat of a park ranger.

The group of conservationists don’t look like most park rangers at all.

According to 2020 NPS workforce data, the National Park Service (NPS) staff is 79% white, down only 4% in 45 years. And park visitors are overwhelmingly white too. Hispanic and Asian Americans each comprised less than 5% of visitors to national park sites surveyed, while less than 2% of visitors were African American.

Workforce and visitor representation is a top priority for NPS and NPF. Programs like service corps, a network of locally based organizations that hire and train young adults and veterans in projects to address conservation, disaster response, and community needs, are part of NPS’ larger strategy to hire people of different backgrounds, perspectives, thoughts, and beliefs.

The Leaders of Color service corps crew launched as a supportive space for BIPOC (Black, Indigenous, and People of Color) aspiring conservationists to break into the field without having to fight for representation on their own. It offers an entry point to conservation for those communities historically excluded from preservation and conservation work.

Vasquez says he was apprehensive of the program at first and felt like a show pony for Latinos in outdoor spaces. But that faded, he says, once his team bonded and were able to be vulnerable and share openly with each other.

“Identity crews for me are important because they’re safe place for people to learn. It gives you the freedom to express yourself and to put yourself in situations that are a little bit scary in the first place. To have people around you that identify with similar lifestyles and backgrounds as you, it’s a really good place for you to grow and learn,” Vasquez said. “I didn’t realize how much I needed that until I got here.”

The group’s co-lead, Taylor, joined service corps on a gap year after college and quickly noticed that he was only one of a handful BIPOC members. It’s not just representation holding people back he says. There are upfront costs to join a crew— purchasing a tent, sleeping bag, and outdoor gear.

Taylor collaborated with Southwest Conservation Corps to begin addressing these barriers head on and the Corps partnered with NPF to fund the first Leaders of Color crew in 2021.

Taylor spent the next six months building out the framework for the crew. He says he wanted it to be “a launchpad for people of color in the field of conservation” by offering members both tangible skills like rockwork and technical training as well as leadership skills like communication and managing a group.

Co-leading the crew with Taylor, Lin first began her service corps experience on a Women’s Plus Saw Crew. But before that, she wasn’t always so confident about a future in conservation. She was considering veering away from physically intensive work after witnessing so many women injury themselves. The women on past jobs, she explained, often tried to carry heavier loads than was safe while trying to prove themselves to their male counterparts.

“It’s difficult to learn in a male-dominated space because you have to constantly be one upping and proving yourself that you’re stronger,” Lin said. “I found it quite toxic sometimes.”

When she joined the Women’s Plus Saw Crew, Lin says she finally felt safe.

As her season with the chainsaw work wound down, she found the Leaders of Color crew and opportunity to co-lead the team with Taylor. Lin describes the experience as hard to come by and wanted to replicate the team dynamic of the Women’s Plus Saw Crew. She viewed her role as supporting her team through their individual professional goals, meeting them where they’re at, and helping to grow their technical skills.

As her season with the chainsaw work wound down, she found the Leaders of Color crew and opportunity to co-lead the team with Taylor. Lin describes the experience as hard to come by and wanted to replicate the team dynamic of the Women’s Plus Saw Crew. She viewed her role as supporting her team through their individual professional goals, meeting them where they’re at, and helping to grow their technical skills.

Learning on the Job

Service corps members leave with skills as varied as the service corps jobs. The goal is for members to leave with both the hard and soft skills translatable to a career in conservation (or anything else).

And service corps graduates often take these skills into a career of conservation work. The program is often the jumping off point for crew members who previously considered a career in conservation but weren’t sure how to break into the space.

“We all have different experience levels,” explained Martinez. “Every time we have a new project, a different crew member gets an opportunity to shine and take a leadership role.”

While the members bring their own experiences, they are also all learning quickly on the job. Banh held a drill for the first time once he joined the Leaders of Color crew. Shortly afterwards, he had the skills to build a bridge at Great Sand Dunes National Park & Preserve.

“I don’t think people move from all over the country to come to a small town and do work like this unless they have the drive,” Martinez said. “You know the work is going to be done well because people have that passion for maintaining outdoor spaces.”

And there’s plenty of work left to do.

Preserve, Protect, and Plan for the Future

Service corps crews across the country help tackle the $11.9 billion in deferred maintenance at national parks. Although NPS completed more than $671 million in maintenance and repair work in 2018, aging facilities, increased visitation, and resource constraints have kept the maintenance backlog between $11 billion and $12 billion since 2010.

As NPS plans for the future and parks face increasing visitation, service corps and Leaders of Color crews are a vital part of the solution— providing an avenue for BIPOC youth and young adults to break into the conservation field and giving them the technical training and leadership experience to launch their career, all while ensuring our parks are protected and preserved for generations to come.

For Taylor, he says that the park benefits like trail maintenance are essential for preservation. But there’s a bigger picture to their work as well— inspiring the next generation of conservationists.

Thanks To Our Partners

By donating to the National Park Foundation, you support programs like these that help ensure that iconic species have the best chance of survival across their native environments, and that the lands and waters set aside within the National Park System remain an abundant resource, promoting ecological diversity throughout our parks. 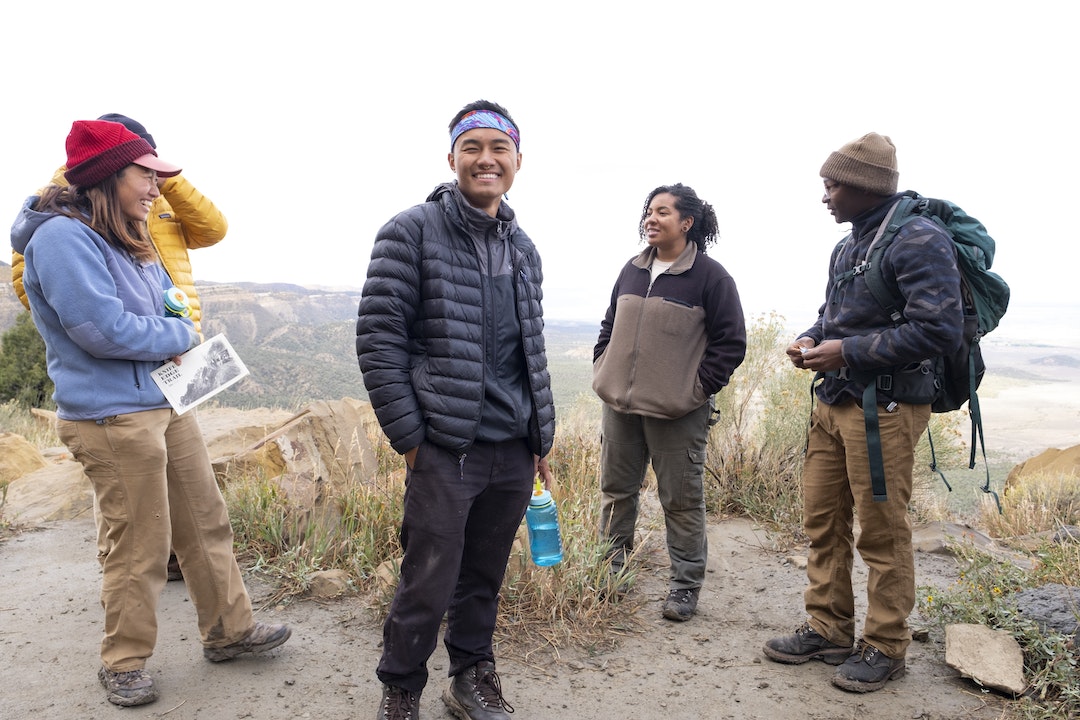 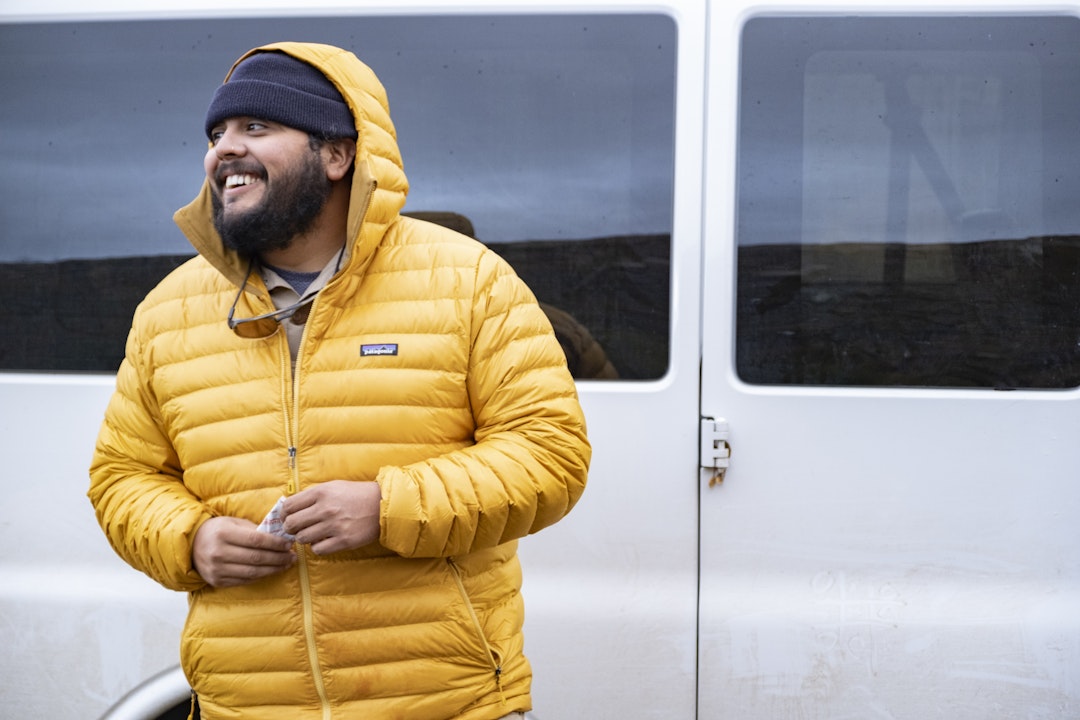 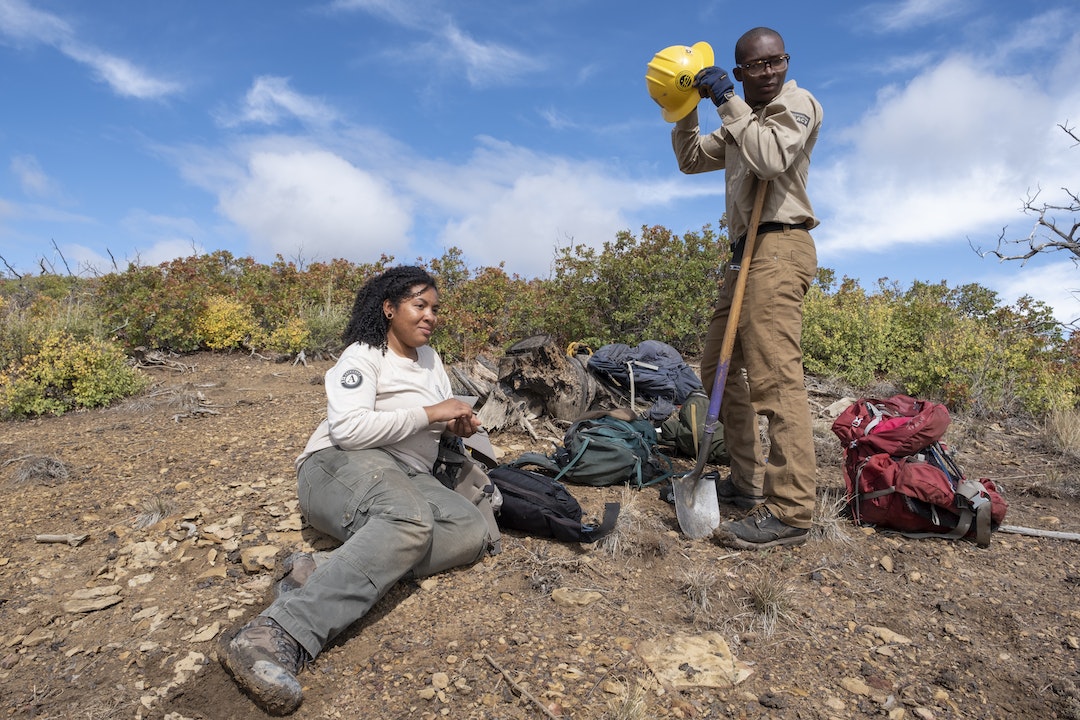 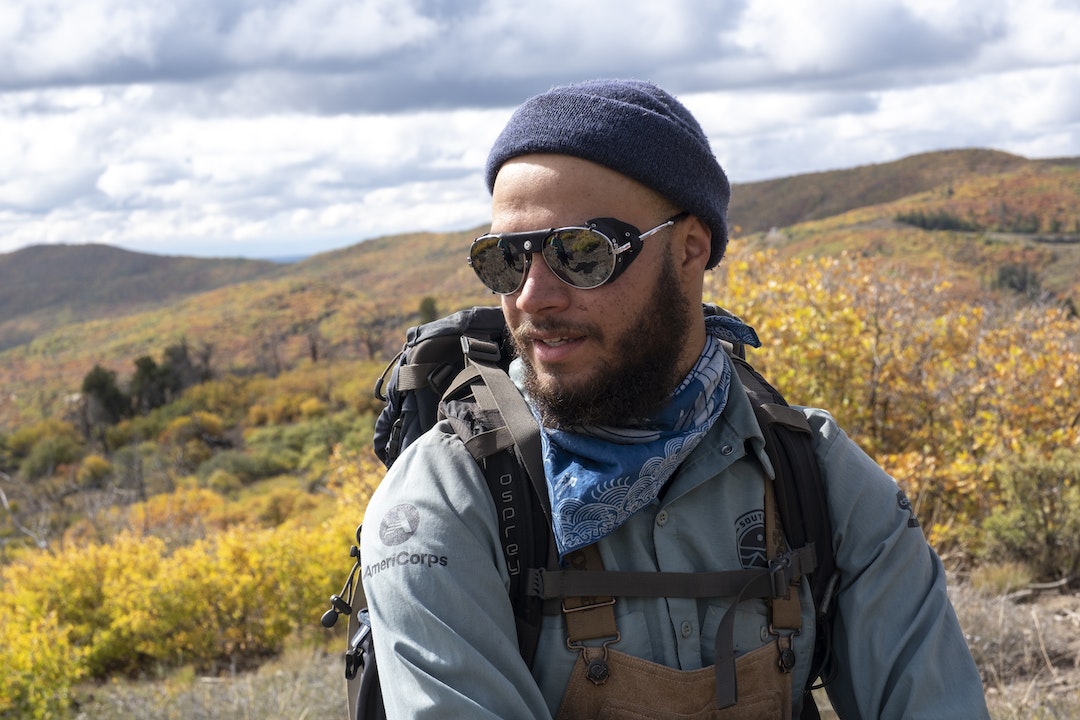 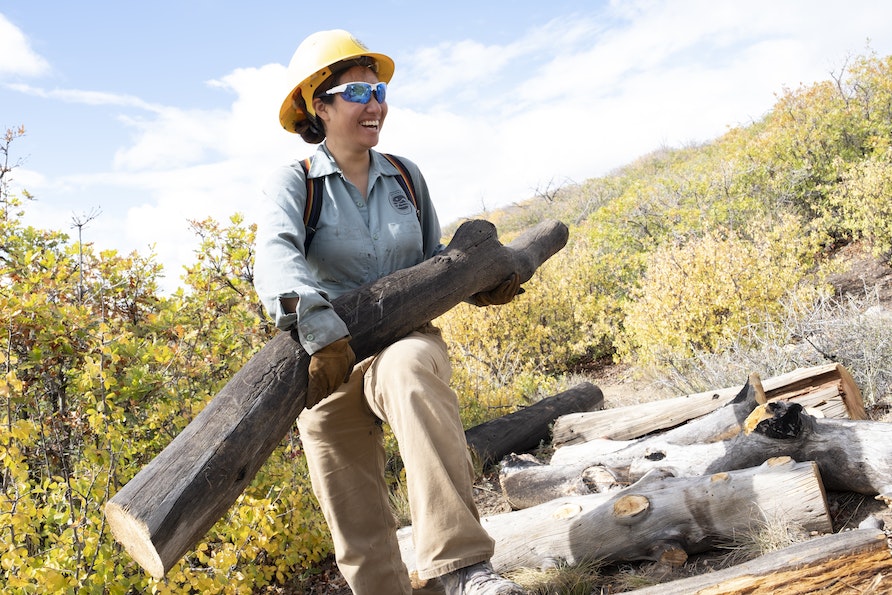 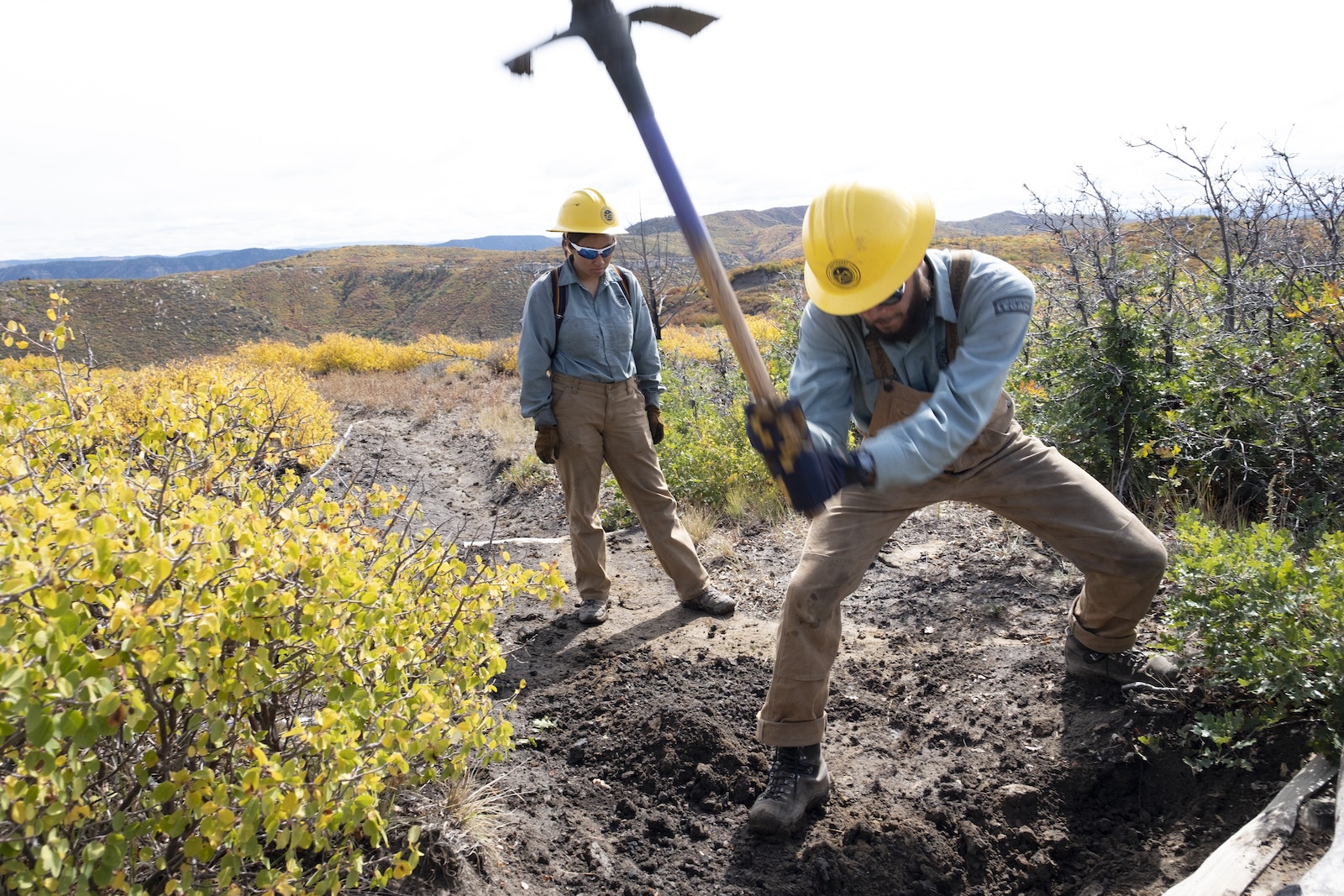 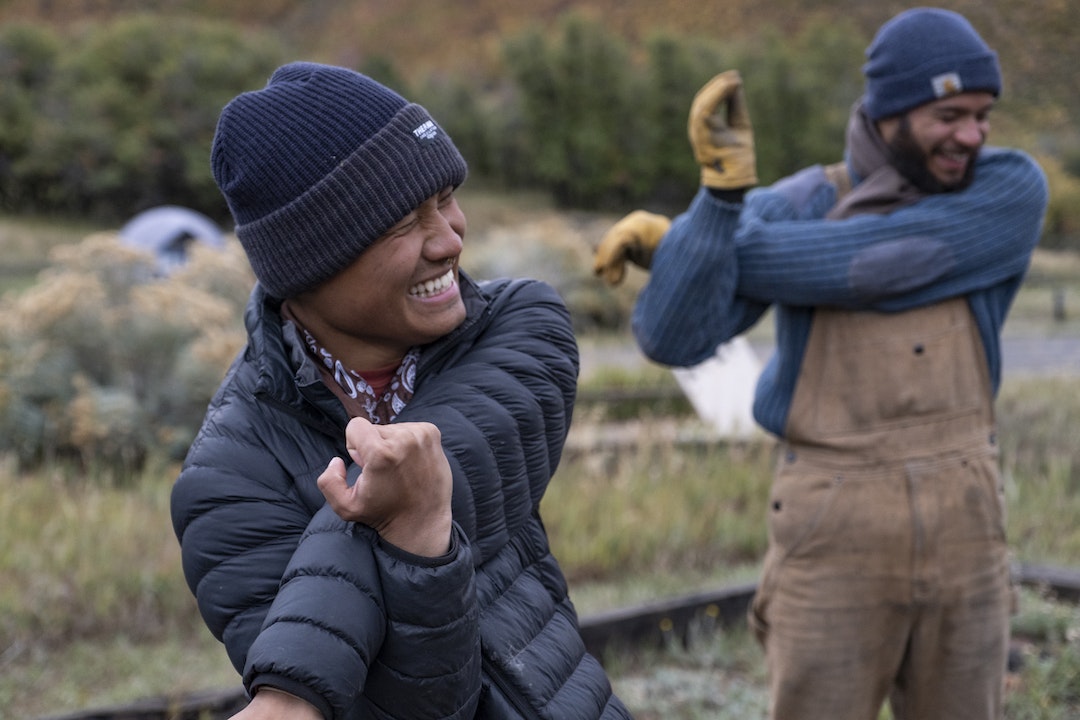 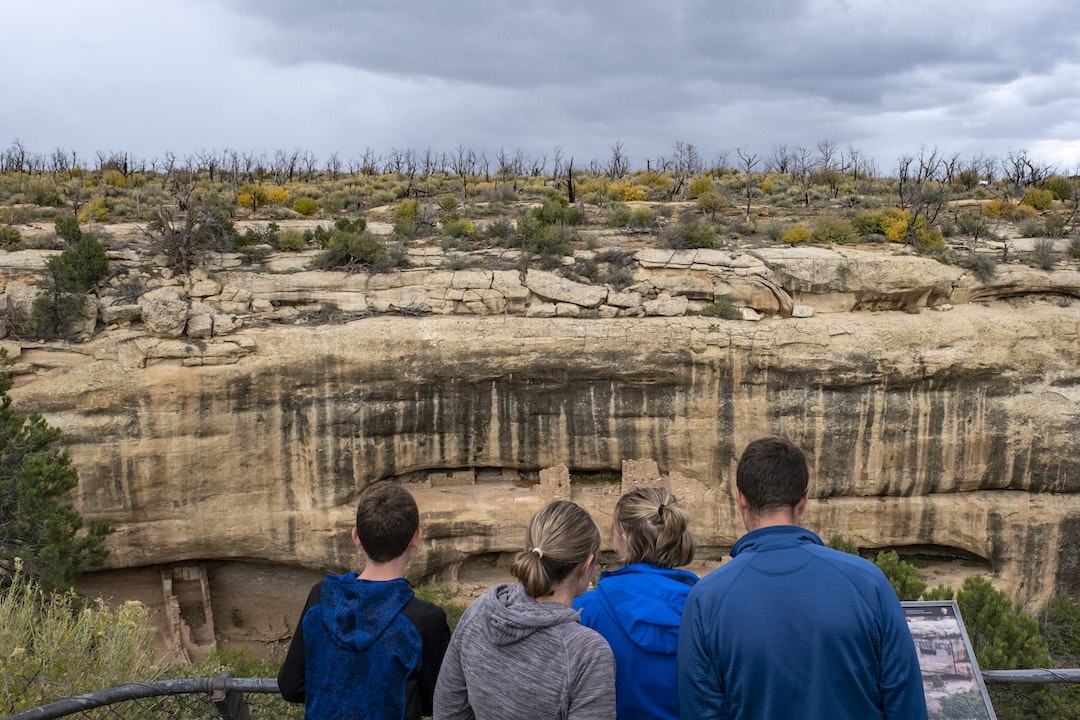 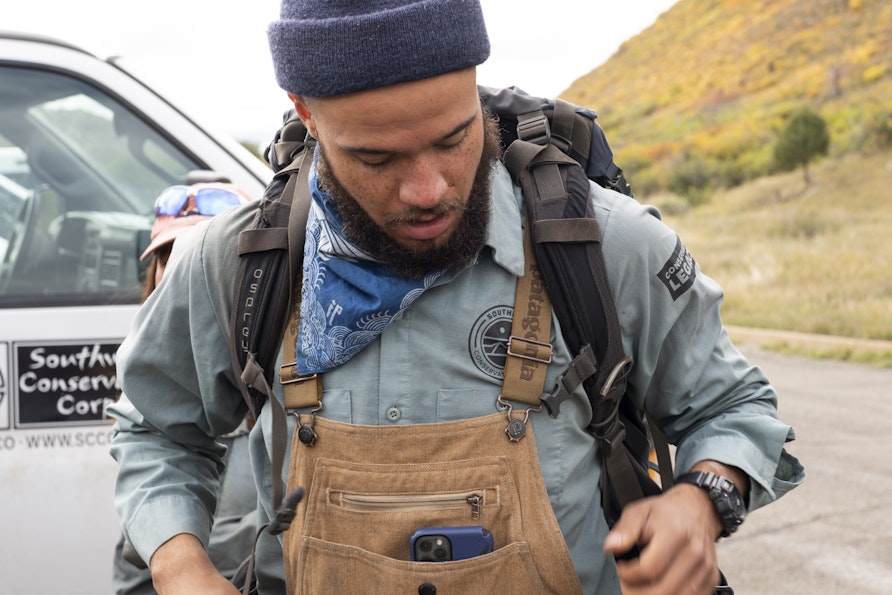