100 Years of the National Christmas Tree

The ceremony has come a long way from its first iteration in 1923 when President Calvin Coolidge walked from the White House to the Ellipse to light a 48-foot fir tree while a local choir and a U.S. Marine Band quartet performed. This year, the tree lighting ceremony will welcome an estimated 10,000 visitors including the president and vice president and a host of performers from Shania Twain and Andy Grammer to the U.S. Marine Band.

The seven-foot fraser firs are decorated with ornaments from students in that state or territory. Tasked with depicting what makes their state great, the ornaments symbolize the history, heritage, and culture of the students’ homelands. 2021 ornaments ranged from a color pencil recreation of America Samoa’s beaches and skiing in Colorado to farmland in Vermont and crabs in Maryland.

Just like families across the country head to tree farms and retailers to pick out their perfect family tree, the 58 state and territory trees are carefully sourced from a farm in North Carolina.

Larry Smith, affectionately known as “Mr. Larry,” has been working on tree farms since 1975 when his high school football coach recruited the players to help on evenings and weekends. Just two years later, he opened Mountain Top Fraser Fir farm with his brother and now sells 5,000 trees annually.

When Smith started working on farms, even selling 2,000 trees was considered a large farm. Today, some of the major players sell half a million trees annually, Smith says.

But there’s something nostalgic about the way Smith runs his business. He didn’t own a smart phone until this year, and while he has an email address, he has a friend check it for him. But with a track record like Smith’s, it’s clear you don't have to be tech savvy to grow the best trees.

In 2018, it was one of his trees that won the coveted spot-on display in the White House’s Blue Room. This year, Smith is part of that history himself. This is his fourth year donating all 58 state and territory trees, which he does along with his brother, Lynn Smith, and their partner, Dale Benfield.

“It’s pretty neat any time you can do anything for the White House,” says Smith. “It's an honor to think something that a small-town farmer grows gets to go to the White House. And to see all the kids enjoying it is pretty cool. It’s just so magical and such a special experience.”

Walking his farm, he hand picks each tree the first week of November. He keeps an eye on them throughout the year and even after selection to make sure they don’t shed more than expected. Each tree needs to be the same size and able to hold the 20+ ornaments decorated by the school children.

This year, for the third time, Smith will travel up to see his trees in person at the National Christmas Tree Lighting Ceremony.

“I’m so excited. The National Christmas Tree Lighting promotes joy,” says Smith. “It’s a time to enjoy each other and be together. That’s why I love being part of this. You just see the joy on everyone's faces.”

Standing 28 feet tall at the center of the joy stands the National Christmas Tree. Every year, it’s the lighting, ornaments, and other decorations that really solidify the tree’s grandeur. And it's all thanks to one woman—Debbie George.

George has been a holiday lighting designer with GE Lighting, a Savant company, for 20 years and designing the National Christmas Tree for the last 14. This year, she created the concept: Holiday Elegance, featuring gold and white lights and ornaments. And the newest feature is actually a throwback. The base of the tree features star tree toppers from the last decades. Each topper, re-fitted with energy efficient LEDs, quite literally grounds the 100th lighting in the history of the ceremony.

For George, it’s Christmas all year round. She typically begins designing the tree in February. Then, GE Lighting, a Savant company, the National Park Foundation, the National Park Service, and the White House work together to finalize a design by early spring.

The months-long design process begins with a blank slate and years of precedent to live up to. George says she begins designing by immersing herself in the history—revisiting designs of past years and of other trees she liked from the past holiday seasons.

One of those innovations, replacing all the bulbs with light-emitting computer chips called LEDs in 2008, made the display 50 percent more energy efficient than the 2007 display.

Unlike most personal Christmas trees, the national tree also has to contend with weather and nature. Winter in Washington, D.C. can bring snow, rain, and high winds. Ornaments have to be securely added with heavy duty fasteners. And the lighting design has to be perfectly laid out to ensure no squirrels or other wildlife are able to eat through the wires.

She also considers weight, the tree has to be able to support all of the lights and ornaments, as well as daytime interest. For the 2022 tree, she designed sparkling gold diamond shaped ornaments that work as sun catchers during the day and won’t block lights during the night.

And with all of that, she strikes a balance something new and innovative and tradition. Tradition, George reminds us time and time again, is what the National Christmas Tree Lighting is all about.

“Every year, the National Christmas Tree experience stands tall to help unite our country as we share treasured moments and memories and celebrate the holiday season together,” said George. “We should all be thankful to the National Park Foundation, the National Park Service, Mountain Top Frasier Fir, and GE Lighting, a Savant company for ensuring that the storied tradition lives on.”

Thanks To Our Partners

The 2022 National Christmas Tree Lighting is made possible thanks in part to the generous support of GE Lighting, a Savant company. The trees lining the America Celebrates display graciously donated by Mountain Fraser Fir, Santa's Choice Tree Farm, and Merlyn Farms.

Learn more about the National Christmas Tree Lighting Ceremony, including how you can watch this years' ceremony. 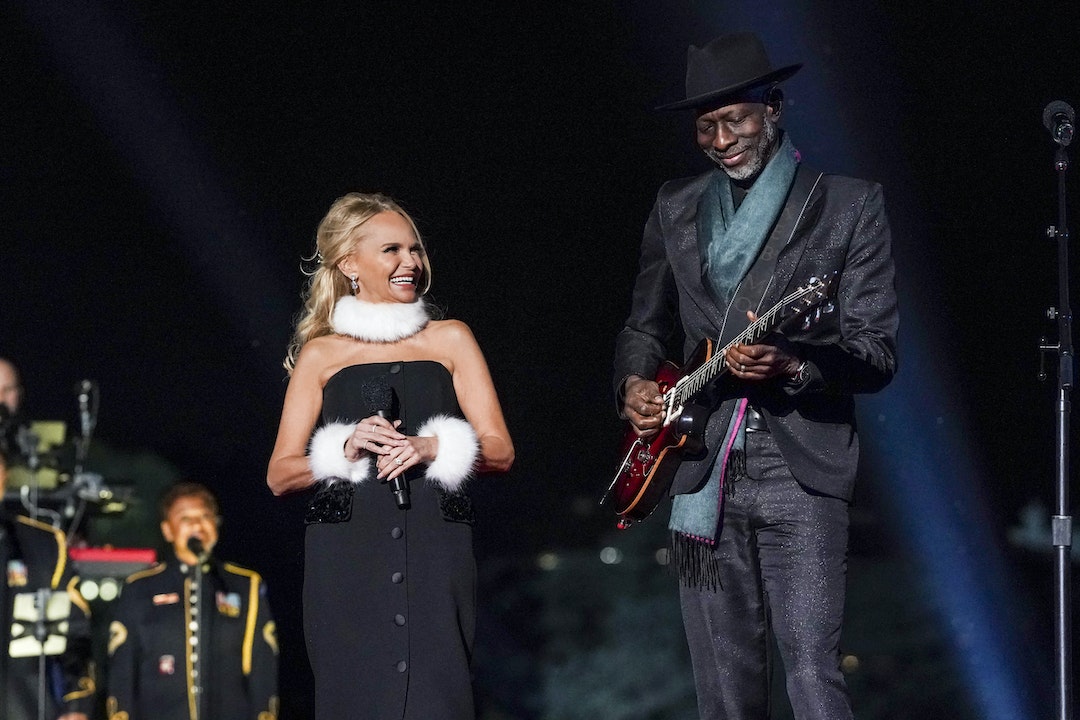 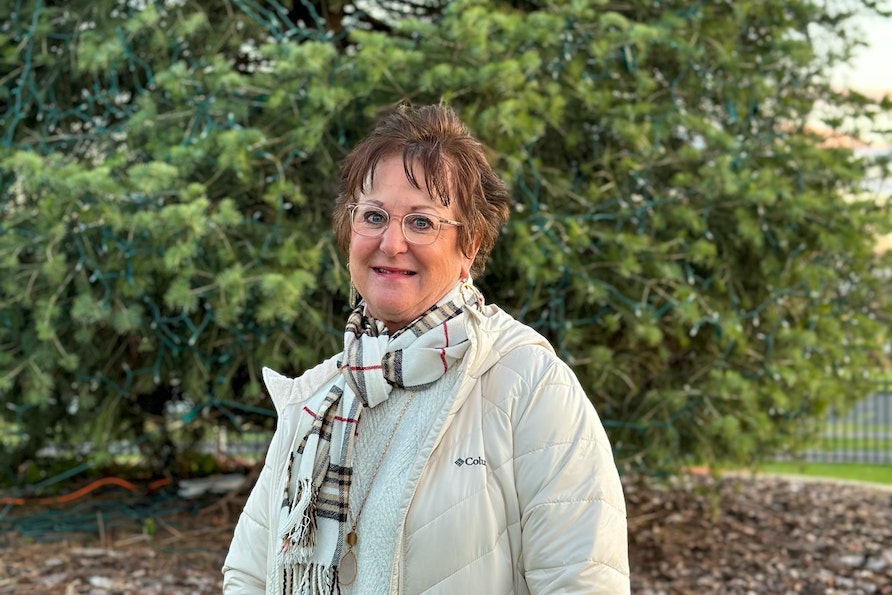 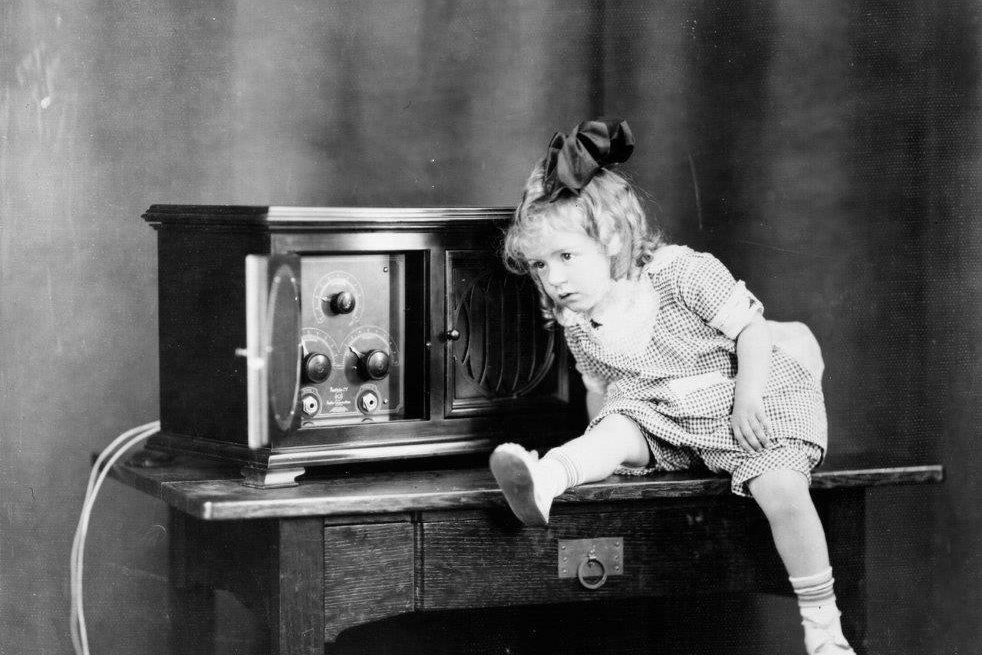 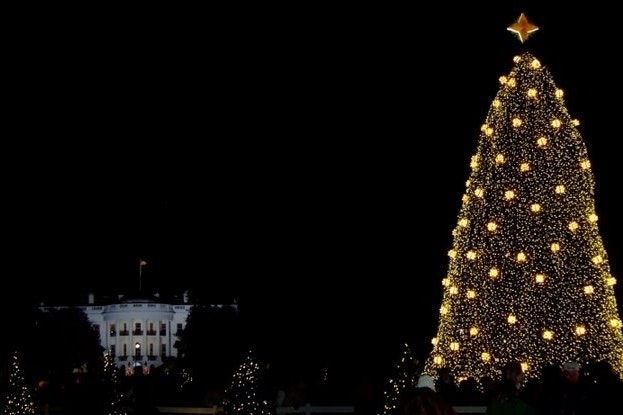