National parks offer powerful learning experiences for every stage of life: a student’s field trip, a teenager’s first taste of outdoor adventure, or even a young adult’s introduction to the skills that will launch their career. Our national parks offer one-of-a-kind learning opportunities for young adults who want to embark on careers in public land management, outdoor recreation, natural resource conservation, and more. Each year, the National Park Foundation helps young adults from across the country spend a summer in a national park while participating in a service corps program. During their terms, service corps members bond with their crews, see majestic sites, push their limitations, learn new skills, and leave behind improved and more resilient national parks lands.

Last year, the National Park Foundation provided over $3.5 million to service corps programs at more than 30 national park sites. These crews accomplished critical maintenance projects like habitat restoration, trail maintenance, historic building restoration, and more, all while gaining work experience and hands-on skills. In all, these service corps members helped to remove over 70 acres of vegetation and restore 700 acres of natural habitat, including the floodplain forests of Mississippi National River and Recreation Area and the native grasses of Glen Canyon National Recreation Area.

During the summer of 2019, Texas Conservation Corps of American YouthWorks deployed a Conservation & Disaster Response Crew to Big Thicket National Preserve. Crews of local youth from Austin and Houston, ranging from ages 17-28, conducted critical trail work and restored the endangered Pitcher Plant. By the end of the summer, they had restored a total of 2 acres of pitcher plant habitat and prepared the area for a prescribed burn which helped restore the land back to its native savanna wetland habitat. Crew members also took overnight camping trips and a canoe voyage along the Nueces Rivers. For many in the crew, this was their first trip outside their hometowns and their first experience with overnight camping.

That same summer, Native American youth accomplished a high priority conservation project at Grand Canyon National Park. While serving with Conservation Legacy as part of Arizona Conservation Corps’ Ancestral Lands crew, they helped to restore the boundary fence line that encircles the park. Crew members inspected 26 miles of fence, removed 106 trees from the fence line, and repaired and constructed nearly 4,000 feet of fence under the guidance of a professional crew leader while also training in Wilderness First Aid, CPR, and the Leave No Trace principles. Their summer culminated in a Grand Canyon float trip, where they enjoyed spectacular views and celebrated their successes.

A participant reflected on the season, saying, “I most definitely see a difference in myself having gone through this experience. I will continue with this momentum ... this experience has given me a foot into my chosen path of working outdoors and with nonprofit organizations. I would highly recommend this kind of service for anyone who is unsure of what they are currently doing with their life, if they too love being outdoors.”

Conservation Legacy also ran their first ever women's conservation crews at Chickamauga and Chattanooga National Military Park in Tennessee. These members of the Southeast Conservation Corps Women's Youth Crew built retaining walls, cleared and installed drains, maintained trail, and came away with a renewed self-confidence. One participant shared, “My crew reminded me that we can do anything we put our minds to. We, as women, forget how strong we actually are and how much power we actually hold.”

The camaraderie forged amongst a group of people with many shared life experiences was summed up by the remarks of a crew leader. "I have never felt this sense of radical autonomy and resilience. The relationships I developed and growth I ignited will live within me until the end of my days. I just hope there are many queer youth to come who can say they slept upon the earth for five weeks, surrounded by friends, gazing up at our infinite universe, wondering what comes next – another change, another moment to show up."

The National Park Foundation continues to support service corps programs by providing financial support to crews this summer. We cannot wait to see what they will accomplish. You can support Service Corps programs like these, that connect youth to the outdoors and accomplish critical projects at national parks, by donating today. 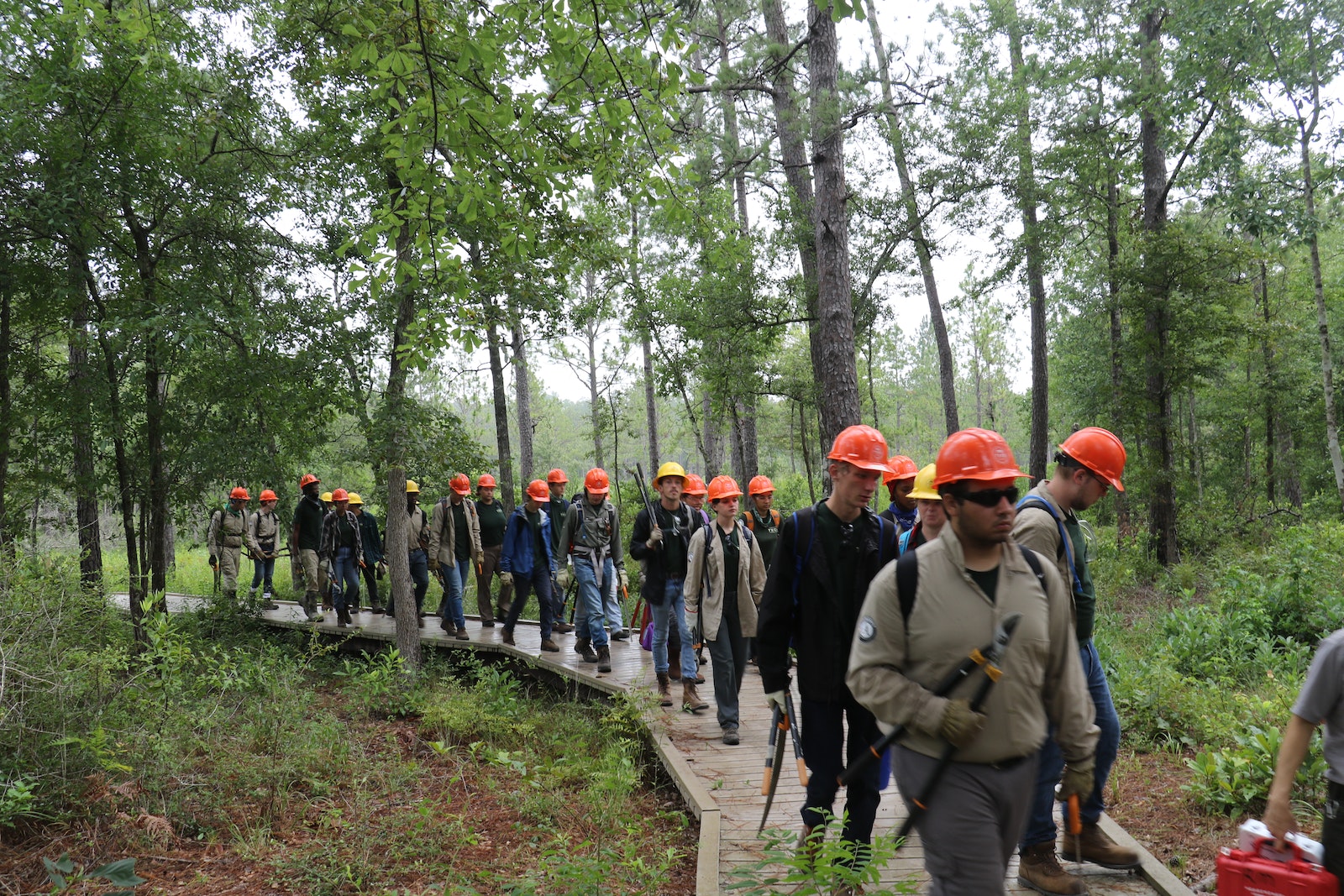 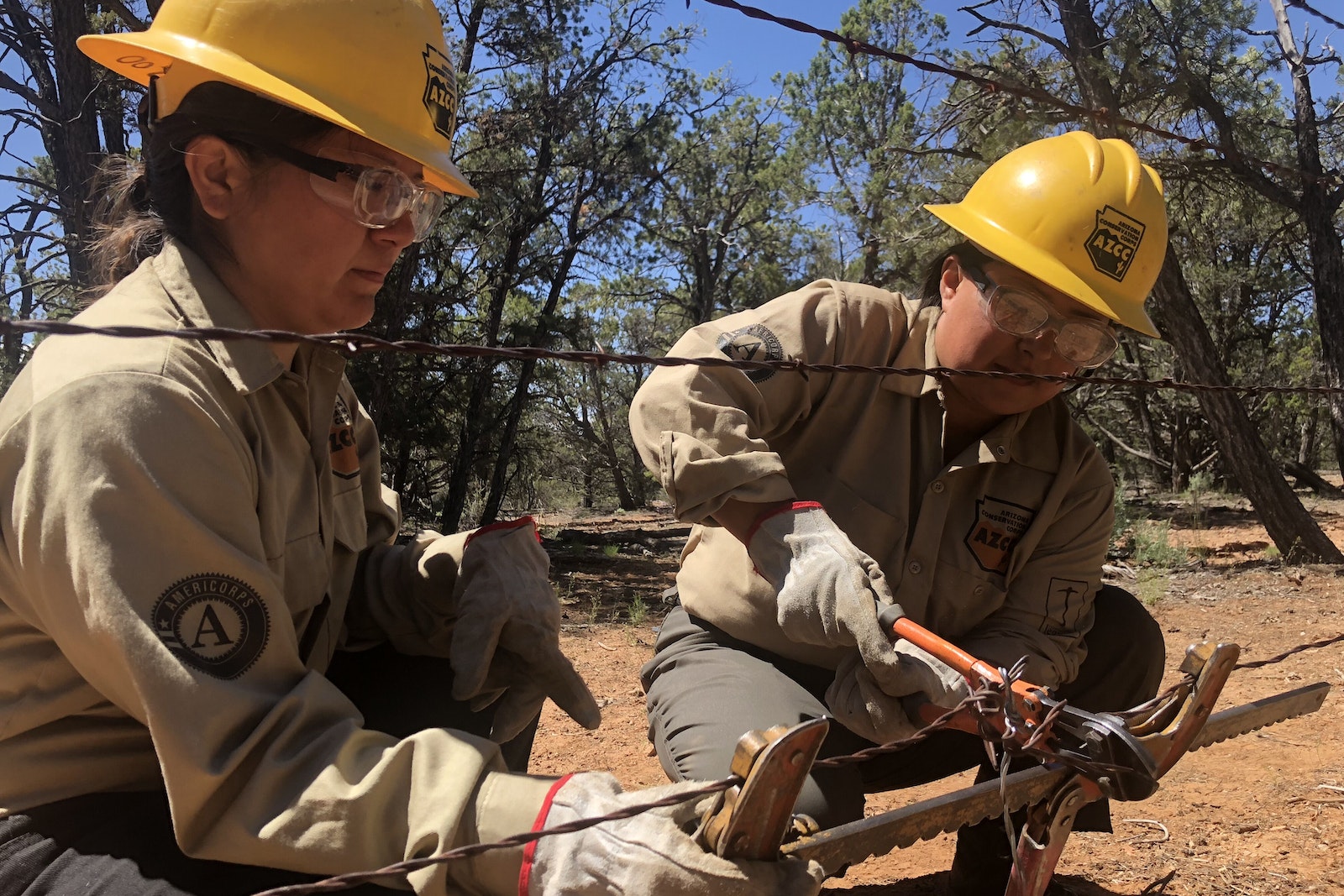