The beauty of our parks is found in many places: its incredible landscapes, diverse histories and cultures, endless opportunities for adventure, and precious ecosystems and varied species. An important part of the National Park Foundation's mission is to support the conservation of the wildlife that reside in our national parks.

Yellowstone National Park is a world in and of itself; home to nearly 300 species of birds, and an array of amphibians, reptiles, and fish. And then there are the mammals of Yellowstone: badgers, black bears, grizzly bears, coyotes, mountain lions, lynx, bison, elk, and so many more. All in all, there are 67 different mammals that inhabit the park – exploring, migrating, hunting, foraging, and mating - all while unknowingly participating in a delicate ecological web.

Maintaining a healthy ecosystem at Yellowstone can be tricky. Scientists warn that there needs to be balance between the number of predators (for example, coyotes) and prey (elk) or there could be a “trophic cascade” or the loss of a vital link in the ecosystem’s food chain with devastating ecological consequences. There was a time when wolves sat atop the Yellowstone food chain, but their population dwindled and eventually disappeared from the park. In the 1990’s, after they had been absent for almost a century, the National Park Service undertook an exciting experiment. They re-introduced 41 wolves to Yellowstone. Some years later, the National Park Foundation committed to providing funding for the ongoing research, tagging, and monitoring of the wolves to study how they have adjusted to their new home. This research is also providing information on how the wolves are impacting the dynamics of the rest of Yellowstone’s ecosystem, including prey species like elk and bison.

With the help of financial support from NPF, scientists and park staff monitor the wolves throughout the year via in-person observations, aerial monitoring, GPS collars, and remote cameras. These items collect and study data on wolf movements and occupancy, predation, behavior, disease, genetics, pup survival, impacts to elk and bison populations, as well as second-hand impacts to other species like bears, cougars, and aspen trees.

The reintroduction of wolves to Yellowstone has been transformative for the park. As of 2015, the wolf population had grown from 41 to more than 400! Since then, the population has stabilized, and studies have become an example of important lessons in understanding wolf ecology worldwide, how a naturally regulating ecosystem functions, and how to manage public lands most effectively. Biologists and public land managers around the world look to Yellowstone’s wolf program as one of the most longstanding and renowned studies on the species. In 2018 alone, the wolf program published two peer-reviewed papers, conducted 35 media interviews, appeared on CBS’ 60 Minutes segment, conducted a TEDedx talk, and published a book on Yellowstone wolf recovery.

Understanding the impact of the wolves is one of Yellowstone National Park’s highest priorities and it requires a long-term commitment to research and monitoring both within the park and the surrounding areas. NPF has been glad to partner with the park from 2014 to 2020, the 25th anniversary of the reintroduction of wolves to Yellowstone. Help us to continue to support wildlife conservation endeavors like the Yellowstone Wolf Project by donating today. 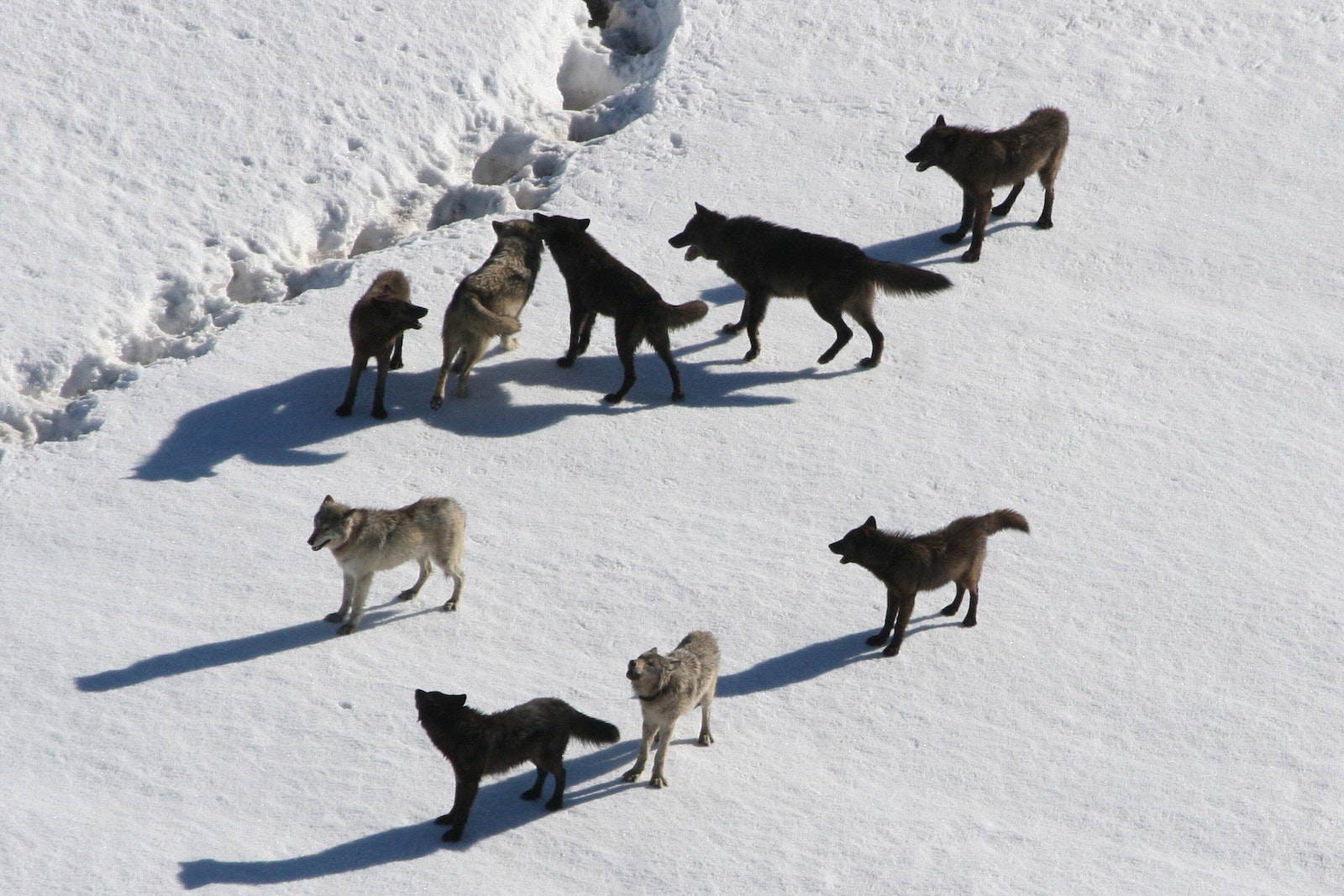