The nation’s capital may be known to a lot of visitors for Capitol Hill, the White House, and the Potomac River, but many locals know that Washington, D.C. has so much more to offer in terms of culture, history, and beautiful green spaces. The National Capital Parks-East (NACE) of the National Park Service (NPS) has over 8,000 acres in and around the District accessible to visitors from near and far, protecting some of the city’s natural, cultural, and historical resources – the biggest of which is Anacostia Park, located in Southeast D.C., and provides a green oasis in the middle of a busy city.

A Neighborhood & Its National Park

Over 1,100 acres placed alongside the Anacostia River, Anacostia Park is home to waterfront views, a riverwalk trail, and a public access boat ramp. It is also extremely unique in that it has the National Park Service’s only roller-skating rink located along the waterfront, as well as its only aquatic garden – Kenilworth Aquatic Gardens. The well-traveled park brings together recreational and civic space with the natural environment in a dynamic community rich in African American history. From a golf course and picnic tables and grills to a diverse wildlife ecosystem, this is no ordinary park.

Unfortunately, this park and its community have faced a number of challenges over the years. Anacostia Park and the communities surrounding it in D.C.’s Ward 7 and 8 have experienced disinvestment, adverse city planning decisions, pollution sites along the river, and more. After an interstate was built in the 1960s, sandwiching the park between the river and the interstate, local residents no longer had easy access to the literal and figurative “backyard” that the park offers to its surrounding community. Yet the park still stands strong for its community. In its over 100 years as Anacostia Park, residents still find their way to this public land for experiencing nature, picnicking with family, and of course roller-skating at the pavilion.

Coming Together for Anacostia Park

The National Park Service (NPS) and many local partners have witnessed the importance this park has on the city and its residents and have worked hard over the years to support it. They have also acknowledged that it needs support beyond what they were able to provide. Anacostia Park is positioned to reimagine how a well-designed and activated open space can be part of equitable development that balances the interests of longtime residents and newcomers, as well as conservation and preservation goals.

In 2016, a cohort of local family and community foundations came to NPS to inquire how they could collectively support Anacostia Park, as a critical community resource and stretch of the Chesapeake Bay Watershed. NPS then came to the National Park Foundation (NPF) to connect and unite all interested parties and see what could be done.

“With Anacostia Park just a few miles from the National Park Foundation’s office, we were thrilled to support our neighbors up the road,” said National Park Foundation President and CEO Will Shafroth. “Thanks to the leadership and vision of people like Superintendent Tara Morrison and Akiima Price, and with the generous support of donors and partners, we are helping to ensure that Anacostia Park has the resources it needs to thrive long into the future.”

In 2018, the year of Anacostia Park’s 100th anniversary, NPF raised $861,000 to fund a three-year effort to support Anacostia Park’s revitalization and preparation for future growth, including support for the park's community liaison Akiima Price.

NPF’s work at Anacostia Park was two-tiered: 1) support a broader vision for the park and its potential for strong, sustainable collaboration with myriad partner organizations, and 2) ensure the park is well-resourced through a strong sustainable philanthropic partner or “friends group.”

Many national parks have a philanthropic partner, most commonly known as a “friends group,” which works directly with the park to provide a variety of resources such as funding, programming, volunteers, maintenance, and more. By establishing a new friends group for Anacostia Park, the park will be able to secure resources, partner with community-based organizations, champion the park, and support NPS in its efforts to make Anacostia Park an inspiring world-class national park in an urban area.

As such, NPF and NPS began working with Potrero Group, a consulting firm with deep expertise in public-private partnerships, philanthropy, and parks, to conduct a landscape assessment of community organizations that previously partnered with NPS at Anacostia Park. The goal of the assessment phase identified the organizational capabilities, opportunities, hopes, desires, and concerns facing the start-up of a new philanthropic partner for Anacostia Park. A new philanthropic organization at Anacostia Park would need to both play the role of a traditional nonprofit fundraising partner while also being strongly engaged with the community.

In January of 2019 the landscape assessment was finished and ultimately declared that 1) Anacostia Park has a deep connection to the local community, and 2) the best approach would be to stand up a new nonprofit organization, now known as the Friends of Anacostia Park (FoAP).

As Tara Morrison, NPS Superintendent of National Capital Parks – East has affirmed, "a strong friends group focused on the entirety of the park would be a transformative step in making Anacostia Park a model urban park that improves people’s lives and protects the quality and resiliency of the Anacostia River ecosystem.”

Turning to the community to hear how this new group could best serve both the park and its neighbors, a community sounding board was created by NPF to inform the organizational structure, business plan, and partnership strategy for FoAP.

While this took place, the park’s community liaison, Akiima Price, was also hard at work. This contracted role – supported by NPF and based out of the Anacostia Park headquarters – was an important step for having a designated person in-park, acting as a point of contact for the park's many partners and visitors. Concurrent with the efforts to launch FoAP, Akiima was able to engage the community more directly in the activities of the park, listen to the feedback of the visitors, and get a better understanding for how this park can best serve Southeast D.C. As a result, the 2019 Meaningful Engagement Cohort was formed, which consisted of a six-month program of family park events, capacity-building workshops, and partner engagement of over 20 organizations, including a series of educational assemblies on women's suffrage.

While a second cohort in 2020 was affected by the COVID-19 pandemic, the partners were still able to engage in online networking and trainings. During this time the “I Love Anacostia Park" campaign was launched to connect people to the park on social media, as was the Anacostia Park Community Corps (APCC). APCC's goal was to train community members to become official ambassadors for the park. While the park has remained open during the pandemic, programming was modified at times as part of the park’s COVID-19 response. As such, Akiima and trained corps members have been vital to the park, assisting with park clean-ups, interpretation, and additional community support.

The Friends of Anacostia Park

FoAP is the result of a multi-year effort dedicated to connecting and enhancing Anacostia Park and its neighboring communities. It will fill a long unmet need: a connected, trust-based, partnership-focused organization that can serve the community by collaborating with NPS to realize significant projects, programs, and fundraising on behalf of the park. Throughout 2020, NPF and Akiima Price worked diligently to find local voices that could represent the park and serve on the board of directors of FoAP as the first step in becoming an official organization. A small but sophisticated group of individuals was invited to form the inaugural board of directors in October 2020 to manage the organization’s launch and executive search, as well as support early fundraising, programs, and partnership efforts. Board members reflect the local community's demographic and geographic diversity, with a strong focus on individuals who can contribute and/or secure resources and connect effectively with the park’s neighboring communities, and the group includes a balance of philanthropic and community leaders.

“The Friends Group emerged after several years of bringing people together around our shared interest in supporting a community-driven vision for the park. We want to capitalize on momentum from work to make the Anacostia River fishable and swimmable and ongoing revitalization of nearby neighborhoods. That said, collaboration takes time and moves at the pace of trust. That cannot be overstated. There are many, many stakeholders in Anacostia Park and all are important. Listening and meaningful engagement of all our partners will be critical to the success of this effort,” shares Interim Board Chair, Carolynn Brunette.

After a diligent search, the board hired Richard Trent in June 2021 as the very first executive director of the Friends of Anacostia Park. Richard comes from a nonprofit background and brings a great amount of start-up knowledge to the new organization. As executive director, his main focus and the board’s top priority is to formalize its partnership with the National Park Service and support Anacostia Park through fundraising efforts, community engagement, and to continue to amplify the work of other local partners. With deep roots in Washington, D.C., Richard also brings a vast knowledge and love for the city, its history, and its people.

You may have your very own Anacostia Park in your city’s backyard, so remember you don't always have to travel far to experience nature's beauty. Search in your state for what national parks might be right around the corner from you! 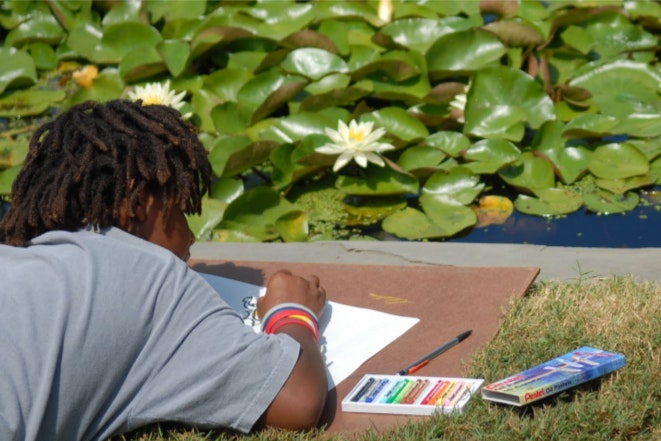 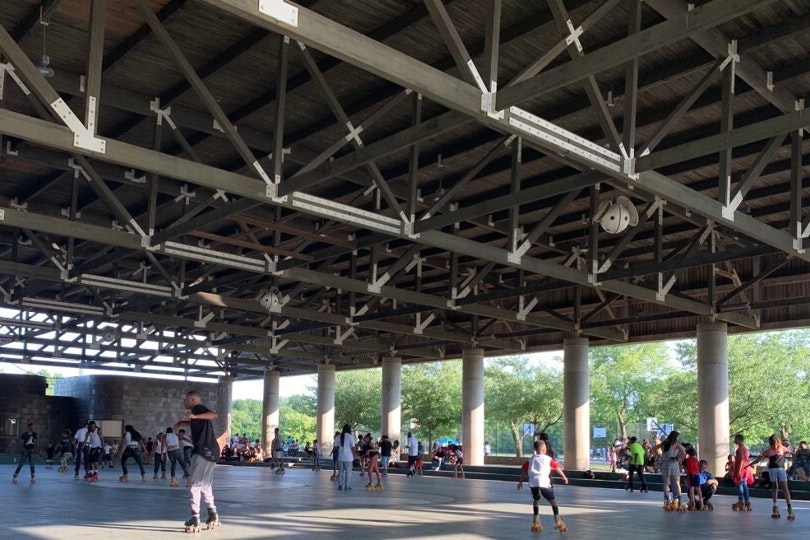