Skip to Content
Parent pages
National Park Foundation Supports Climate Resiliency Through $4.1M+ Investment in Service Corps Programs Across the Country
DURING ASPEN IDEAS: CLIMATE, THE NATIONAL PARK FOUNDATION HIGHLIGHTS THE CRITICAL ROLE OF SERVICE CORPS IN RESPONDING TO THE IMPACTS OF CLIMATE CHANGE
May 10, 2022

MIAMI – The National Park Foundation is excited to announce its fiscal year 2022 investment in service corps programs across the country during Aspen Ideas: Climate, a multi-day event focused on global and local solutions to the climate crisis. Many of the service corps programs are helping parks be more climate resilient and helping people deepen their environmental stewardship.

“The work of the service corps is an important component in our efforts to confront the climate crisis using science and traditional ecological knowledge,” said National Park Service Director Chuck Sams. “Having begun my conservation career as a Youth Corp member, I know this partnership and its energized and dedicated young stewards play a crucial role in tackling the crisis by providing needed capacity to analyze, monitor, document, and address climate-related issues affecting national parks.”

Though unprecedented in size and scope, the National Park Service is rising to the climate challenge with a comprehensive strategy that emphasizes science, facilitates adaptation, encourages sustainable operations, and supports broad communication. The National Park Foundation’s investment in service corps programs supports the National Park Service Climate Change Response Strategy by promoting cooperation and collaboration to help better understand and respond to the impacts of climate change through efforts such as mitigation and resiliency, wildlife protection, invasive species removal, fuels management[iii], and community support.

"Climate change is a 'risk multiplier' - it can magnify the impacts of other concerns national parks are already managing, such as invasive species, wildfire, flooding and erosion, increasing the risk of loss or impairment of cultural resources such as archeological sites, natural resources, and park infrastructure,” said Joel H. Reynolds, Ph.D., National Park Service climate scientist. “The many new challenges posed by these climate-driven transformations require new tools and thinking. Service corps' members help NPS respond to these challenges while gaining valuable experience in the new skills and perspectives required for adapting in this era of climate change."

Earlier this year, The Corps Network conducted a nationwide survey about the ability of service corps organizations to scale up and complete climate projects. All of the more than 140 organizations that responded indicated they had the capacity to grow if sufficient support was available. More than 50 percent of respondents indicated that, with appropriate funding and staff capacity, their organizations could grow by more than 100 percent within two years or less. The Corps Network intends to use the survey findings to collaborate with partners on ways to reduce barriers to corps expansion and ensure that corps growth happens in an equitable manner.

“I am inspired by the thousands of young adults, across all 50 states, who show up every day to serve our country through corps programs. From restoring shorelines and preserving historic structures, to treating wildfire fuels and planting trees, the projects corps do to make our communities and public lands more resilient is increasingly important,” said Mary Ellen Sprenkel, president and CEO of The Corps Network. “I extend deep appreciation to the National Park Foundation for continued support not only for these projects, but for the corps participants themselves. The young adults serving in corps today represent the emerging, diverse generation of stewards we need."

Climate change is affecting New Jersey primarily through increased rainfall, resulting in high-volume rainfall events, increased inland flooding, and increased humidity. These factors have made segments of the Musconetcong Educational Trail impassable during high water events and have increased stream bank erosion. A New Jersey County Student Conservation Association service corps trail crew will help restore and develop the Musconetcong Educational Trail into a 3.8-mile loop trail system on both sides of the Musconetcong Wild and Scenic River, in collaboration with the Ramapough Culture and Land Foundation. They will relocate segments of the trail from eroding streambank edges to higher ground, install steppingstones to reduce disturbance to hydric soils, and build bog bridges for crossing wetland areas. The project will also help advance environmental justice by incorporating the Lenape language and acknowledging the Ramapough Lenape’s ongoing and ancestral connections to the lands.

Waco Mammoth National Monument was designated in 2015 to preserve and protect the “nation's only recorded discovery of a nursery herd (females and offspring) of Pleistocene mammoths.” As part of this mission, the park preserves several known, unexcavated fossil deposits, which likely contain mammoths, camels, and other Ice Age fossils. Due to recent extreme-weather events, many of Waco Mammoth’s unexcavated fossil resources have been damaged and destroyed by runoff and other impacts of climate change. A Conservation Legacy service corps crew of first-generation college students will assist with efforts to mitigate the effects of climate change, most importantly the effects of increased aridity and increased episodes of flash flooding. These students will help by terracing the slope called Turtle Bluff and using vegetation to create a barrier that slows the flood waters before they hit the slope. By working together, the National Park Service staff and the service corps crew will implement erosion and weathering controls on a modern landscape to preserve the inhabitants of the Pleistocene wilds of central Texas.

“Support from the National Park Foundation and cooperation with our hiring partner, Conservation Legacy, gives Waco Mammoth National Monument the opportunity to work with local, first-generation college students to help mitigate problems that have been caused by current climate change,” said Dr. Lindsey T. Yann, a paleontologist at Waco Mammoth National Monument. “Our goal is to instill a sense of belonging and dedication in these service corps members in the hopes they will go on to be the next generation of scientists, artists, engineers, and advocates.”

The National Park Foundation is investing more than $4.1 million in service corps programs in fiscal year 2022, including support from Communities and Workforce program partners Carhartt, Winnebago and Winnebago Industries Foundation, and partners Nature Valley, Apple, REI Co-op, American Express, Free People, and Publix Super Markets. Additional funding is provided by The JPB Foundation, Annie and Kevin Parker, and many other donors. Select projects are also being leveraged with federal funds that were authorized and appropriated for the National Park Foundation under the 2016 National Park Service Centennial Act (PL 114-289).

Since 2018, including fiscal year 2022, the National Park Foundation has granted more than $15 million to over 180 service corps crews.

Individuals, foundations, and companies can support NPF’s Communities and Workforce initiative, including a continued investment in service corps programs, by visiting the National Park Foundation website.

[i] The EPA’s peer-reviewed report defines socially vulnerable populations based on income, educational attainment, race and ethnicity, and age.

[iii] Fuels management can be planned prescribed burns and other treatments that change or reduce wildland fuels and therefore decrease the risk of severe wildland fire to local communities and help maintain healthy park ecosystems. 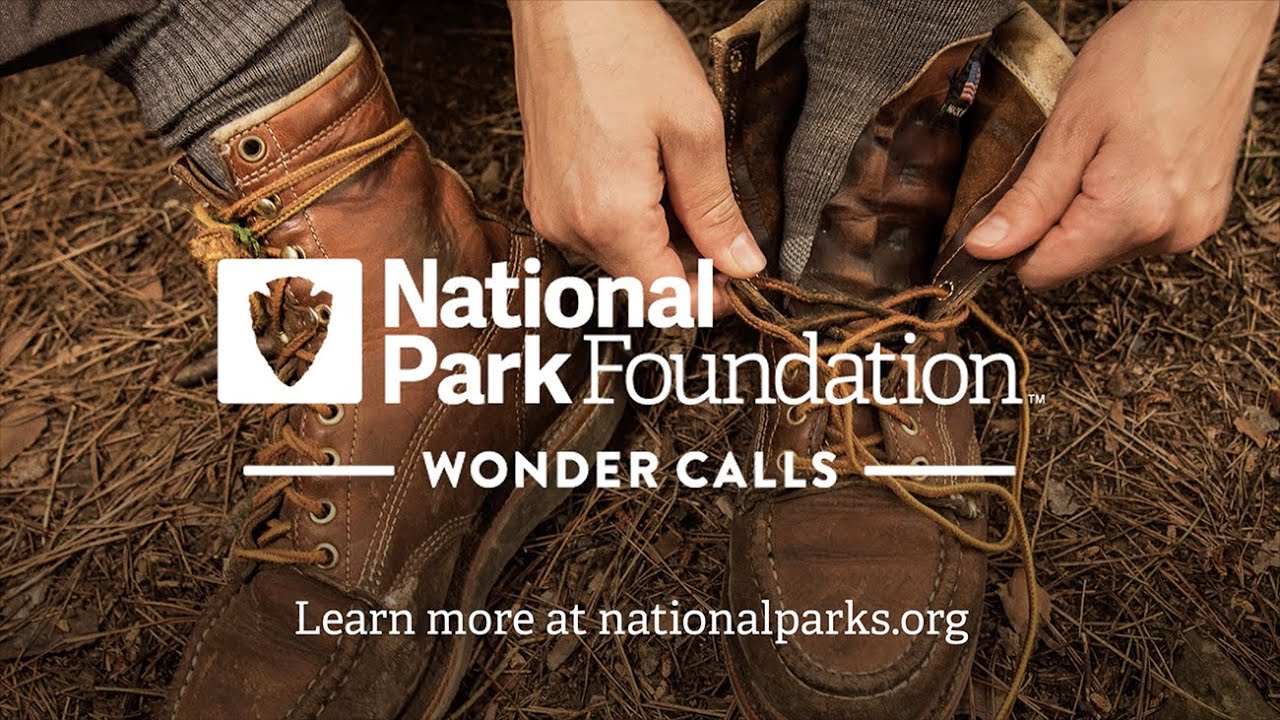 Investing in Climate Resiliency through Service Corps
From addressing habitat degradation to engaging in trail restoration, service corps are responding to the impacts of climate change in real time. The Nationa...

About the National Park Foundation

The National Park Foundation works to protect wildlife and park lands, preserve history and culture, educate and engage youth, and connect people everywhere to the wonder of parks. We do it in collaboration with the National Park Service, the park partner community, and with the generous support of donors, without whom our work would not be possible. Learn more at nationalparks.org.