Some national parks are reminders of America’s more lawless past. Though it served as the first lighthouse on the West Coast, as a Civil War fortress, and most recently, as the birthplace of the American Indian Red Power movement, Alcatraz Island is best known as the site of the infamous federal prison.

The end of Prohibition and the Depression in America necessitated the creation of additional penitentiaries, and one with maximum security. So in 1934, Alcatraz Federal Prison opened in what once was the island’s former Army post and prison. The newly founded super-prison was meant to keep the worst criminals away from communication with the outside world.

Between 1934 and 1963, only the worst crimes led to imprisonment at Alcatraz. Gangsters like Al Capone and the notorious murderer, Robert Stroud, known by most as the “Birdman of Alcatraz,” lived on the Rock. Despite 42 inmates attempting to escape through the years, no prisoners successfully survived.

However, three robbers in the 1960s came the closest.

Frank Morris was considered highly intelligent by federal officials, with an I.Q. of 133. He was born in Washington and orphaned at the age of 11. Moving between foster homes, he was convicted of his first crime at the age of 13 and continued to add to his record after with many more charges for robbery and possession of narcotics. Eventually, Morris landed in Louisiana State Penitentiary, sentenced to a 10-year incarceration for a bank robbery. He escaped but was caught again for a burglary in 1960. This time, officials sentenced Morris to serve 14 years at Alcatraz.

The sons of poor Georgian farmers, the Anglin brothers were 2 of 14 children. The brothers had a proclivity for burglary, landing themselves in jails throughout Alabama, Florida, and Georgia. They often attempted escapes and ultimately found themselves at Alcatraz after a 1958 bank holdup in Alabama.

While serving time on the Rock, Morris, the Anglin brothers, and Allen West (a fourth prisoner, convicted of car theft and transferred to Alcatraz after an unsuccessful escape attempt from another state prison) began to realize a plot for their escape. 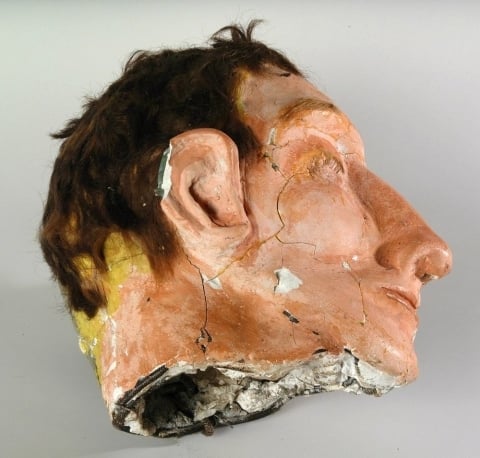 Equipped with spoons from the dining hall and a drill they’d fashioned from a vacuum cleaner, West and the Anglin brothers slowly worked their way through the concrete walls of their cells to a nearby chute. Morris’s evening accordion practice masked the noise of their work. Each of the men also created a dummy head to stage in their beds for the night of their escape.

Late on the evening of June 11, or early in the morning of June 12, 1962, three of the four men made a break for it. West was unable to leave his cell in time, staying behind as the other three prisoners followed tunnels to freedom.

After sneaking along an unused utility corridor, Morris and the Anglin brothers descended along a 50-foot wall by passing through a kitchen vent pipe, then climbed two 12-foot, barbed wire fences, before they departed the island and were never heard from again.

All that remained were the dummy heads, made of cotton sheets, soap, paint, and human hair. 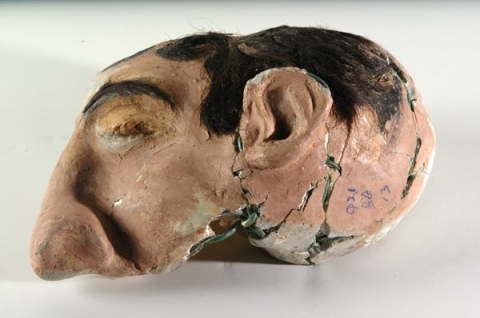 A shoddy raft made of raincoats eventually washed ashore on a nearby island, as well as a plastic bag within a plastic bag, which held a mail order receipt, pictures, and addresses of the convicts’ families. No other traces remained.

Though the FBI declared the men dead from drowning in 1979, they remain on America’s most wanted list, and the U.S. Marshals case remains open today. For years it has been assumed that the men had drowned in the bay, but some theories suggest that the brothers survived the passage and lived out their days on a farm in Brazil.

Eventually, Alcatraz prison was found to be too costly, given its crumbling infrastructure, and so the prison closed in 1963. Today, it preserves a slew of different histories spanning two centuries. In addition to self-guided tours, the National Park Service offers numerous free programs to dig deeper into the island’s past.

Learn about other unusual and unknown parts of history in your local park as you #FindYourPark/#EncuentraTuParque!