Chicago's first designated National Park Service unit, Pullman National Historical Park invites the local community to learn about their city's past and the neighborhood's places within the larger labor and civil rights movements.

Chicago's Pullman district and the stories that unfolded on the grounds now preserved as Pullman National Historical Park tell the story of industrializing America, the African American fight for labor rights, and emerging power of unions at the turn of the 20th century. Ultimately reaching far beyond Chicago, the stories of the workers and their fight at the Pullman Company compound transformed the labor movement across the country.

Built at the height of the Industrial Revolution, the Pullman district included manufacturing buildings for Pullman sleeping cars and housing for the workers. In the midst of a severe economic downturn, Pullman factory workers walked out after negotiations to get higher wages and acceptable living conditions failed. They went on strike on May 11, 1894, and the American Railway Union announced that its personnel would no longer operate trains that included Pullman cars — a move that halted rail travel across the country.

Violence and vandalism broke out as soldiers were dispatched to aid local authorities in getting the trains running. Although the strike was eventually quelled by an injunction from the Supreme Court, its effects were far-reaching.

Following the strike, the workers formed the first African American labor union in 1925, the Brotherhood of Sleeping Car Porters. Garnering considerable local and national support, the riot and new union marked a major step toward widespread unionization and government regulation in an age of rapidly growing industry.

The National Park Foundation (NPF) has supported the park since its 2015 designation as a national monument, providing a total of $10 million, with a lead gift from the Pritzker Traubert Foundation and a $1 million grant from the Union Pacific Community Ties Giving Program, to support the construction of its visitor center and revitalization of the site and improvements to the 12-acre grounds and historic buildings. Additionally, NPF has worked alongside the Historic Pullman Foundation as it builds its organizational capacity, supporting its journey to becoming the park’s official nonprofit partner.

To celebrate the grand opening of Pullman National Historical Park's new visitor center in 2021, NPF collaborated with Union Pacific Railroad to commission a vintage-style poster for Pullman National Historical Park in the same vein as the iconic Union Pacific national park travel posters. Railroads have historically played a role in helping to support, raise awareness about, and connect people to national parks. Artists in the railroads' advertising departments created paintings and drawings that captured the beauty of America's parks and became the basis of nationwide campaigns.

NPF sat down with Joe Nelson, a Chicago-based artist whose work spans everything from large outdoor murals and the artist behind this Pullman poster.

What about the Pullman story resonates with you?

I love trains. In high school, I used to take the train from the south side to the north side [of Chicago], and it was easily an hour and a half to two hours each way. Being on a train, especially in Chicago, you travel and you're able to see different people. And everyone has a story. I think of looking back at the stories that everyone tells, and everyone has, and it makes me think about the Pullman porters and how they were attached to everyone that got on that sleeping car. They were there to take care of those people and take care of their personal possessions. You think about everything that you carry with you – that's your life. Those are your personal belongings. That's part of you, an extension of you. And I think those guys were tasked with a huge responsibility to take care of their passengers.

I feel it's important to depict the Pullman porters as the powerful, resilient individuals that they were. They were so instrumental in creating a black middle-class. They were also instrumental in kicking off the civil rights movement. These are like huge things that, not only for them, but for everybody, matter. So those types of things alone were enough to push them into another realm that should be celebrated. I just want to do them the service of showing that appreciation and giving them the credit that they deserve.

What was exciting about this project?

I was interested in this project because I have a long history with transit and it kind of reached out and spoke to me because I'm a fan of the Pullman porters. And in addition to that, I really enjoy vintage posters and old media – a huge, real fan. So when I heard about it, I was definitely excited and happy to throw my hat in the ring to be a part of this project.

This particular project is great for me because I get a chance to tell a great story about the Pullman porters through my own artistic lens. I have the opportunity to create something that's already there, but to put my own unique spin on it. I'm excited about that opportunity. In addition to that, there's a lot of history that goes into this thing as well. There are a lot of layers that I'm attaching. And a lot of pieces that are intricately embedded into this piece. On one level, I started out with a lot of sketches and ideas that I would come back to. I was compiling and putting together, and then it's all rendered digitally too. I'm bouncing back from different [digital artistic] programs to try to show the layers of complexity, not just of the artwork, but also of these people. There’s a whole story of the Pullman porters that resonates within this piece. And I don't want to just tell the story of them as workers and employees of Pullman, but also as individuals and people.

It's kind of funny – I look at the Union Pacific posters and the national monument posters and all of these things, and I’m like “let me do that again.” I'm a big fan of the Union Pacific posters – I've used them as references in the past. To create this is very exciting and it's an honor and a privilege to be able to be a part of this legacy. What's fun is that I actually have a chance to do a modern version of it and add my own twist to it.

Can you speak to your artistic style and approach?

I like to use my art as a tool to give back and tell stories. A lot of my work has an Afrocentric theme to it, but it's not limited to just that. And it's not designed to be in a box – I try to create things for everyone.

My style is a little all over the place. I pull from a lot of things. I like the diversity of art and not being locked into one zone or having a niche style or some go-to methods. I'll pull some things in just for familiarity. But like I always attempt to break the mold. Sometimes I like to just do something different or to think off the wall and just to be on my toes when I'm creating.

With this piece, there are a lot of layers to it and that's what I'm trying to build up – so there’s more to look at when you dig inside of this piece and look at it. On the surface, you have this great story, but behind that, there's a lot of texture and a lot of history. I want to bring some of those elements in there through colors and tones and textures.

What do you want this piece to communicate?

I definitely want to tell the story of these historic men that set a precedence, to be admired by everyone through hard work and dedication. Their resilience and strength help set the tone for where we are today in a lot of ways. And that I appreciate. I want to give honor and respect to that. And that's why I'm putting in this hard work: to show that I appreciate what they did back then, because it's helped everyone until this point.

Thanks to Our Partners

While park enthusiasts no longer ride Union Pacific trains as part of their park adventures, this poster celebrates Union Pacific's long-standing legacy of connecting people to America's treasured places while elevating stories of America's diversity and the fight for equality. Today, Union Pacific remains committed to sharing the wonders of our nation with the next generation of park-goers by supporting NPF programs that connect kids to national parks and protect sites and stories that shape our past, present, and future.

Thanks to our partners at Union Pacific, park lovers of all ages are invited to enjoy the coloring pages inspired by Joe's Pullman poster and Union Pacific's national park travel posters and celebrate our shared commitment to national parks.

You can help improve access to places, cultural heritage, and stories that give Americans a stronger connection to our country.  Support NPF’s work around preserving the history and culture that live within our national parks. 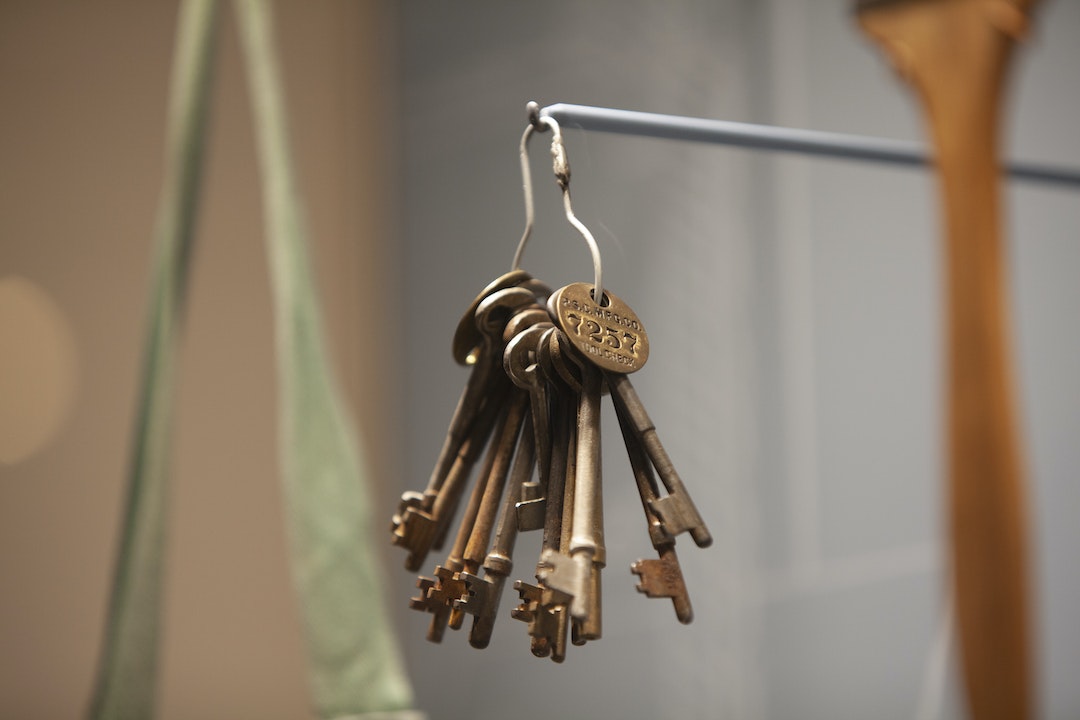 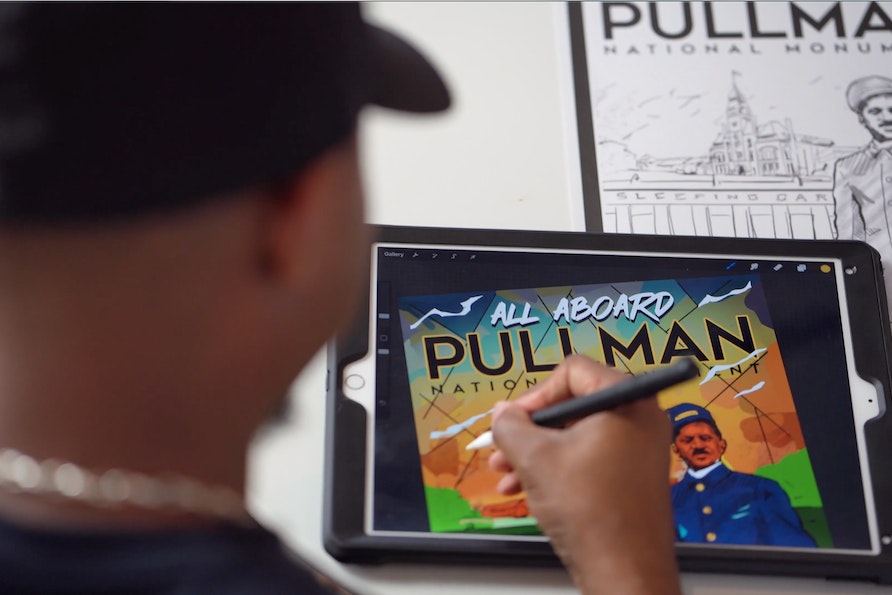