Some of these gems are off the beaten track; others are a short trip away, yet overlooked. Either way, these lesser-known national parks are rising stars worth experiencing for yourself, and the National Park Foundation (NPF) is helping preserve these treasured places and share them with current and future generations. 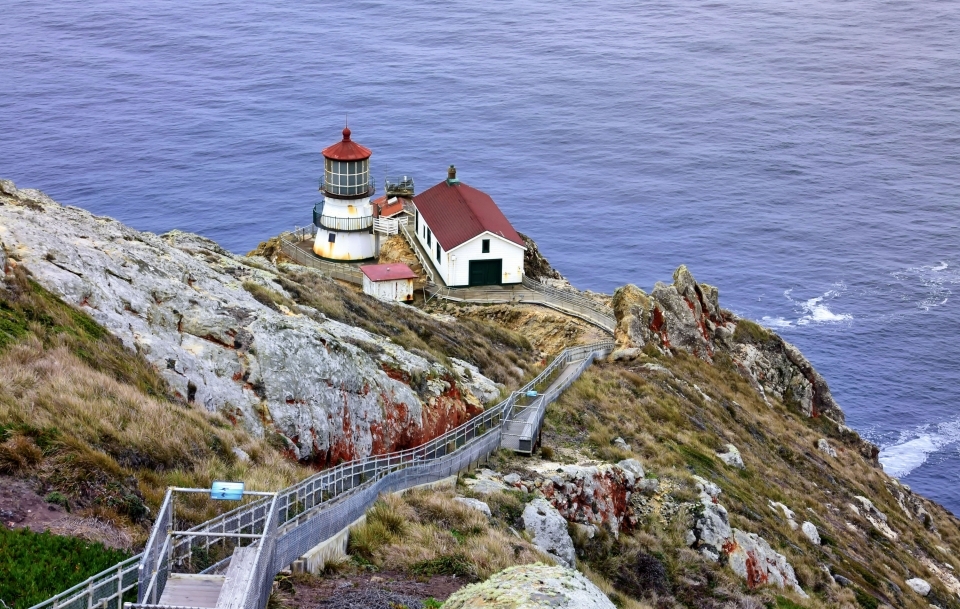 When visitors say they are moved by Point Reyes National Seashore, they may be speaking literally. Sure, the jutting peninsula of spectacular cliffs rising above pounding sea is gorgeous. But the park, which takes in many miles of northern California coastline, also happens to sit atop the meeting point of two tectonic plates, and geological head-butting causes frequent earthquakes.

In fact, from a reconstructed Miwok village near the park’s Bear Valley entrance, you can hike along the San Andreas Fault to a place where the entire peninsula shifted 16 feet north during the 1906 quake. Hikers can also trek to quiet lagoons, pine forests, rolling dunes, and salt marshes. Traipse five miles across bluffs dappled with wildflowers to reach Tomales Point and see barking elephant seals on the pocket beaches below.

For bird-watchers, there’s Limantour Spit, where long-billed pelicans roam the flats and ride the updrafts. And one of the most popular activities of visitors to the seashore is watching rush hour in the Pacific from the vantage of the 136-year-old Point Reyes Lighthouse: morning traffic may include breaching gray whales and frolicking porpoises.

Our 26th President did not take losing lightly. Teddy Roosevelt stubbornly ran for a second term even after his party ditched him; following that defeat, he led a harrowing Amazon River expedition. So it says plenty about the ruggedness of the western North Dakota landscape that he tried ranching there — but failed.

Teddy’s namesake park draws just half a million visitors annually, a paltry few for a park whose three unconnected areas cover 70,447 acres: expansive north and south units, and the smaller Elkhorn Ranch, the site of Roosevelt’s failed enterprise. The north and south sections, 70 miles apart, are linked by the Little Missouri River, good for a three- or four-day paddling trip (best in spring), and the recently completed 96-mile Maah Daah Hey Trail, one of the country’s top 10 mountain-bike paths.

However you travel, expect to see herds of bison, precipitous cliffs, and bottomless canyons. The South Unit, with easy interstate access and a paved, 36-mile scenic loop, is the most visited. For wilderness and solitude, head north to the park’s longest footpath, the 16-mile Achenbach Trail, which winds up from river bottom into hills with distant views. 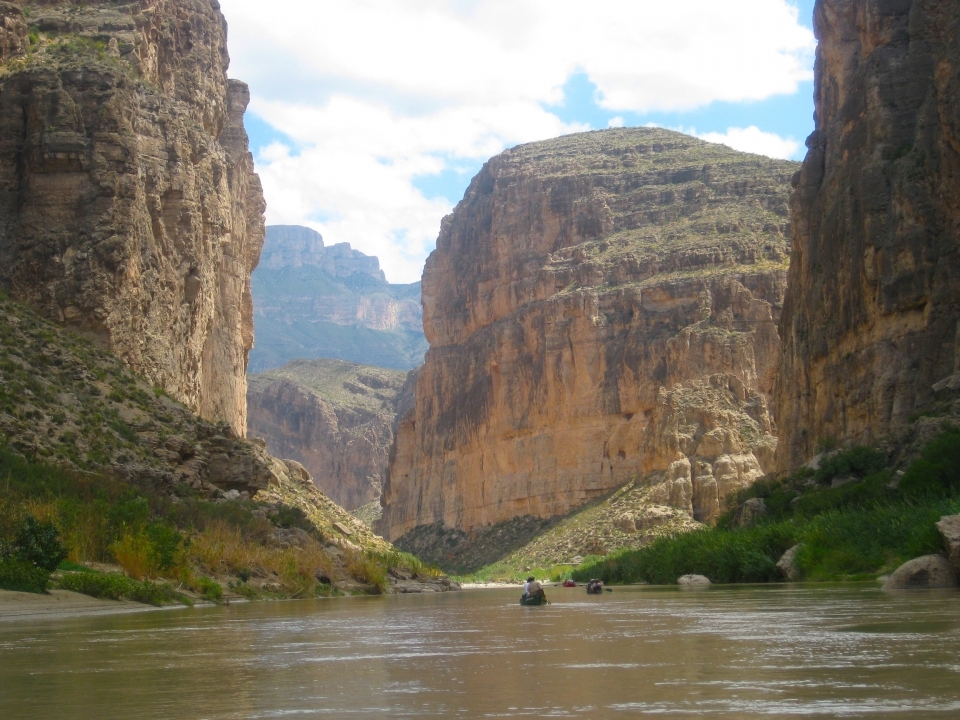 The Rio Grande traces hundreds of miles of border between the United States and Mexico, but the 1,900-mile-long river’s headwaters are in Colorado’s Rocky Mountains, and almost 200 miles of river north of the border, including the entire stretch in Texas’ Big Bend National Park, are designated wild and scenic. The river’s three cathedral-like gorges, Santa Elena, Mariscal, and Boquillas, are not accessible by road, but a float trip sends you downstream in spectacular style.

Begin at Lajitas and head for the Santa Elena. After miles of open country, limestone walls rise 1,500 feet on either side, and you may hear the piercing calls of peregrine falcons. Farther north, in New Mexico, there’s a wild and scenic stretch you can reach by road: the Rio Grande Gorge. But here, too, the big thrills happen on the water.

The Taos Box and the Racecourse are incredible opportunities for rafters. Rated class IV and class III, respectively, they are not for novices without an experienced guide. The gorge is also a magnet for anglers and hikers. But if it starts feeling crowded, just head to the upper canyon, where challenging treks down to the river tend to thin the packs.

Rio Grande Wild & Scenic River is one of 24 parks within the National Park System that have a primary story about Latino history and culture. The National Park Service (NPS), NPF, and our partners are helping to preserve and share stories that commemorate Hispanic heritage in parks and communities across the country, including in and around Rio Grande Wild & Scenic River. NPF's Latino Heritage Fund, part of our work in preserving history and culture in parks, is working with NPS to identify innovative ways to engage current and future park visitors, increase relevancy and access to parks, and build a culture that values diverse ideas and embraces the meaningful participation of all. 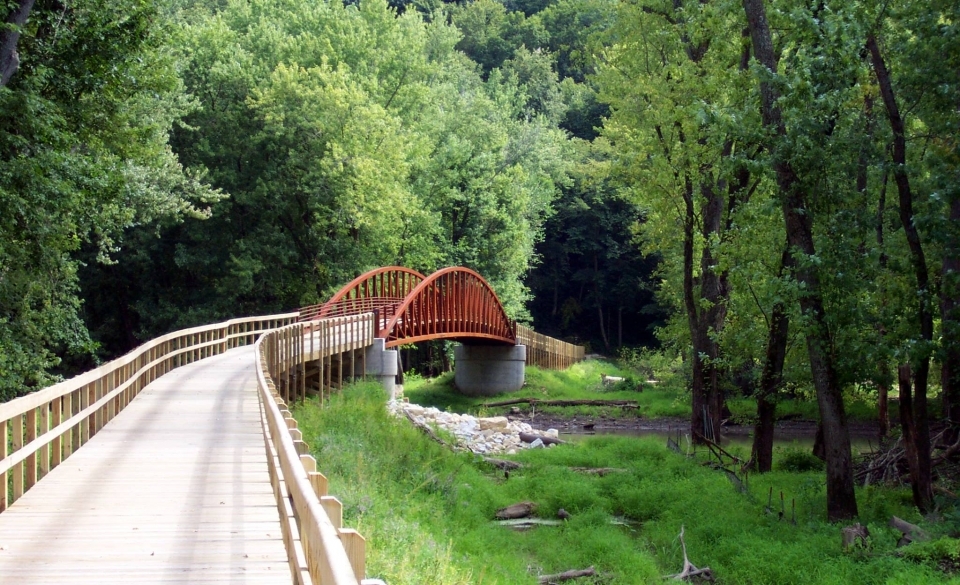 From 600 to 1400 A.D., Eastern Woodland people built thousands of burial mounds in the shapes of bison, birds, and bears, as well as turtles and lizards — probably to honor the tribe’s totem animals — along the upper Mississippi River. Roughly 200 mounds remain intact, some with ceremonial fireplaces embedded in the creatures’ heads or hearts, at the 2,526-acre Effigy Mounds National Monument.

The largest, Great Bear Mound, is 70 feet across the shoulders and forelegs and 137 feet long. To visit the park’s largest effigy cluster, 10 bears and three birds, follow trails from the confluence of the Mississippi and Yellow rivers over tall-grass prairies to high bluffs. The mounds are still sacred to area tribes, and you may see small leather pouches — offerings from modern Native Americans to their ancestors — hanging from trees.

The park’s high points along the Mississippi are ideal for watching raptors migrate, along with eagles, peregrine falcons, red-tailed and broad-winged hawks, and ospreys. The park’s visitor center includes museum exhibits and is a good place to start. Ranger-led walks are offered during summer months.

National parks like these protect histories and landscapes that amaze and delight. They create life-long memories for visitors, without a line or crowd. For more national park inspiration download your copy of "The Places Nobody Knows," an NPF Owner's Guide.

The Places Nobody Knows Travel Guide
For every Yosemite, there's a lesser-known park where the scenery shines and surprises. Discover many of the hidden gems in the national park system and plan your next adventure!
Get Your Free Travel Guide
Support NPF Today