24 Things to Know When Visiting the Vietnam Veterans Memorial

We call our national parks our national inheritance. We call them our nation’s gems – our legacy for future generations. We talk about the places they protect and the stories they preserve so that we never forget, never take for granted the struggles it took to forge this nation of ours.

Of the many narratives that have shaped our collective heritage, that of our armed forces stands apart.

Our military history is made up of tales of extraordinary heroism, determination, and sacrifice. These tales are interwoven into the National Park System – not only in battlefield and military parks, but also into our nation’s most iconic gems like Yosemite National Park and Golden Gate National Recreation Area.

In fact, if you were to examine the list of most-visited sites in the National Park System, you’d find a popular – and moving – place where you can learn about the courage and service of our military women and men at the Vietnam Veterans Memorial.

Located on the northwest corner of National Mall and Memorial Parks, the Vietnam Veterans Memorial is an exceptional national park site where you can pay tribute to the men and women who served and who lost their lives during the Vietnam War. Within the site, visitors have the opportunity to honor the names of the fallen who are inscribed on the Memorial Wall, visit the Three Servicemen statue, look upon the Vietnam Women’s Memorial statue, and reflect at the In Memory plaque.

Having welcomed over 5.5 million people last year, our veterans’ stories continue to resonate with visitors at this national park site. Their grit and sacrifice continue to inspire us to give thanks for their service and to never take for granted the cost of our freedom.

The next time you have the opportunity to visit the Vietnam Veterans Memorial, let these fascinating facts help guide you through the powerful stories and symbolism enshrined within this national park. 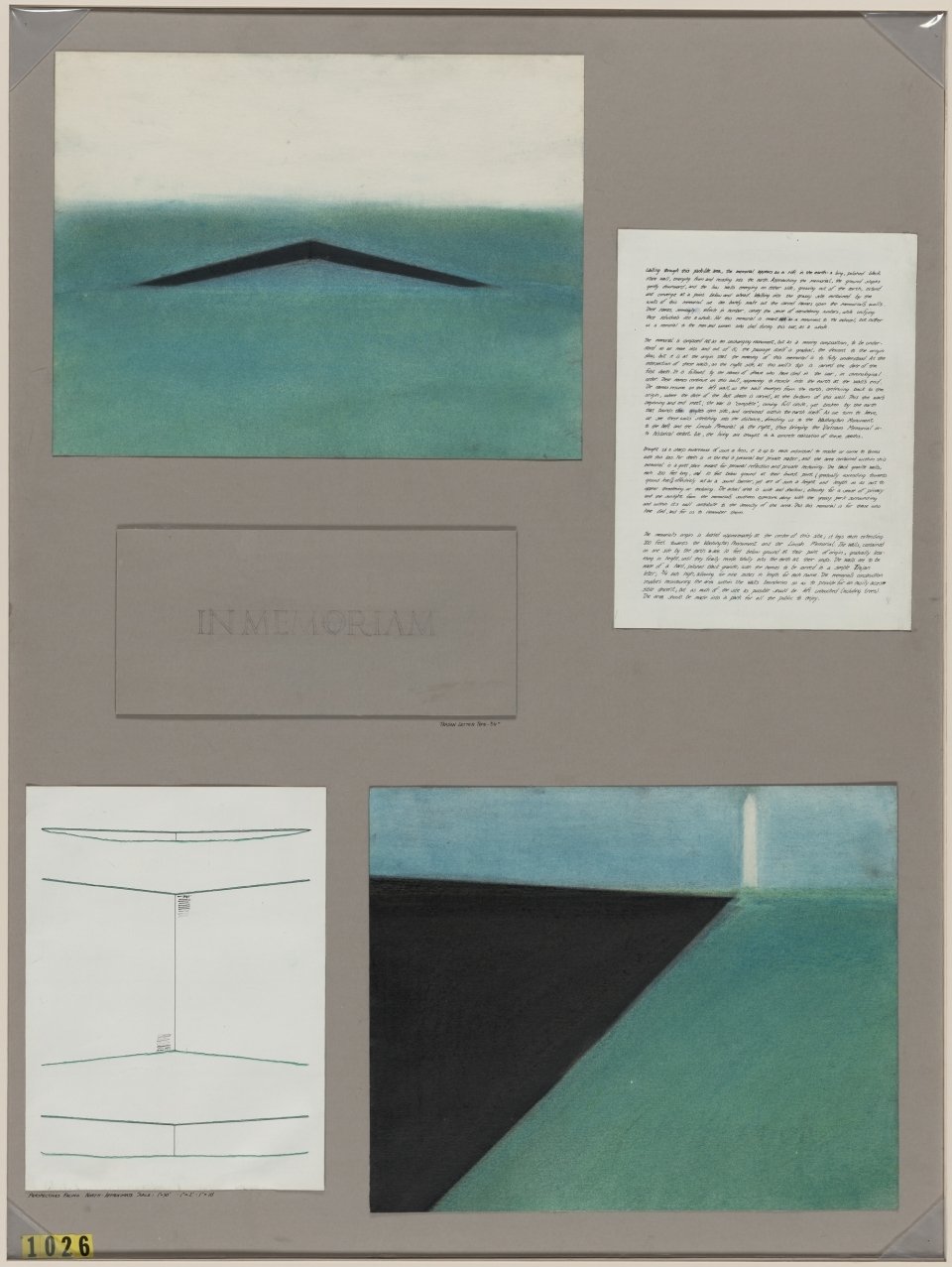 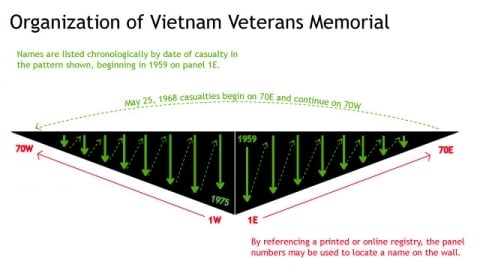 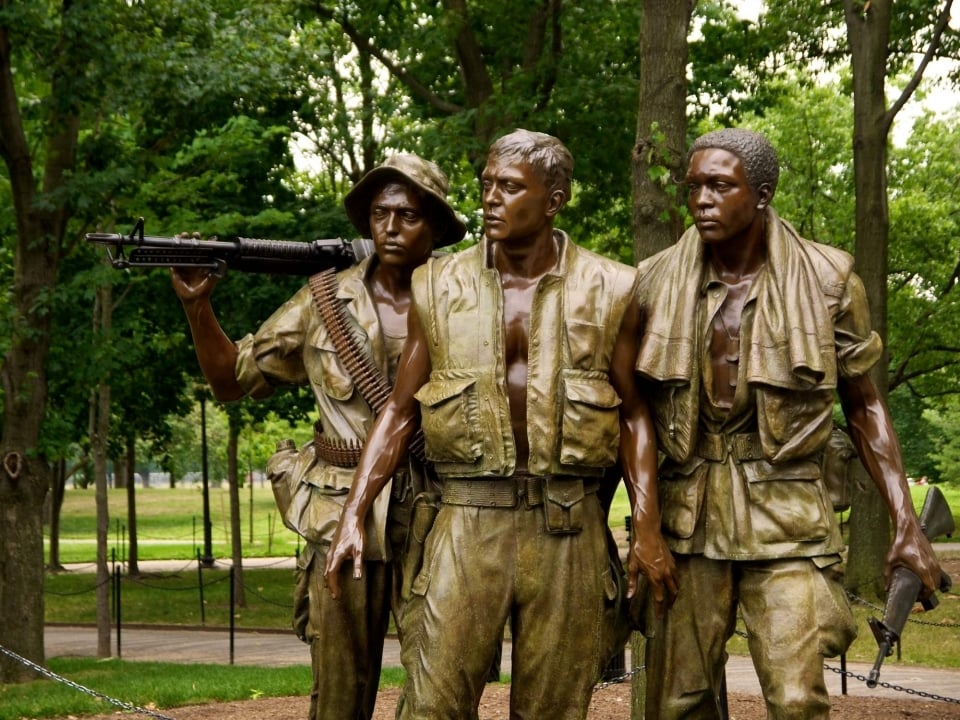 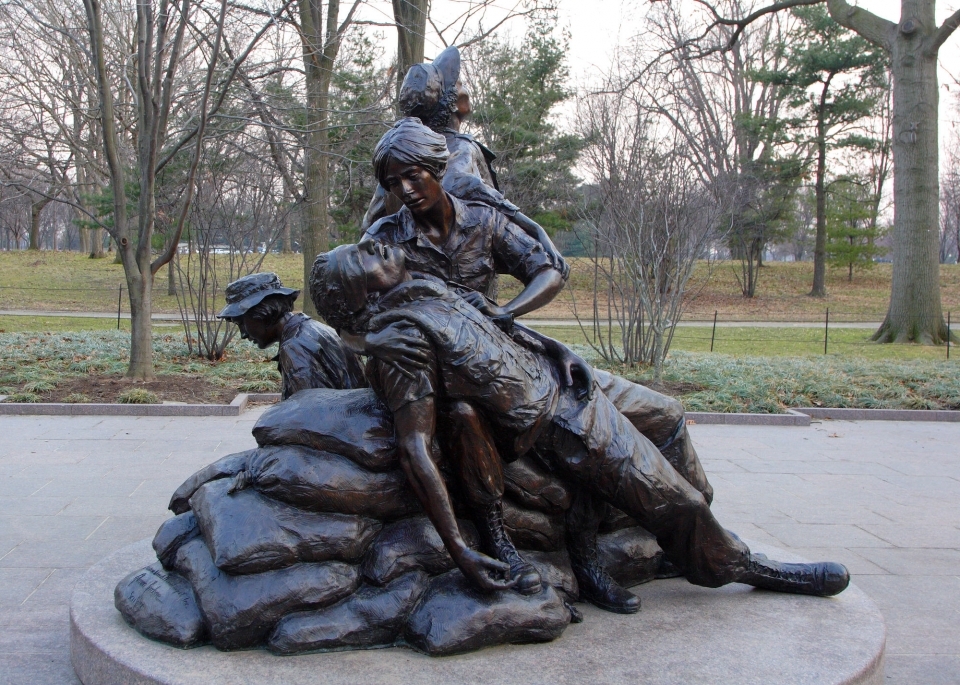 The Vietnam Veterans Memorial is one of many sites in the National Park System that preserve and honor the contributions of our military women and men. Visit the battlefields, military parks, historic sites, and memorials that stand as reminders of their sacrifice, learn about their struggles and experiences defending our values, and give thanks for their valor.